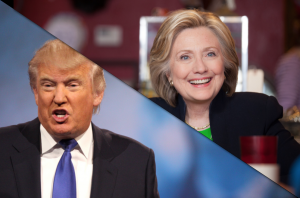 The Harvard Kennedy School released an extensive new analysis today, and it’s shedding some interesting light on how media coverage drove the 2016 election.

The Shorenstein Center on Media, Politics and Public Policy was interested in determining how “good” and “bad” press reflected the rise of Donald Trump and Hillary Clinton to their respective nominations. Though Trump has criticized the media on a more frequent basis than Clinton due to his penchant for controversy, the study concluded that his media coverage has had much more of a positive impact for him than for the former Secretary of State.

Drawing on multiple sources, the study measured the extent to which Trump benefited from the “free media” journalists repeatedly gave his campaign and general antics. Though Trump didn’t raise much money for his campaign and had no real political leg to stand on when he started off, the analysis was that journalistic interest lifted him to the top of the polls fast enough to survive what would have been “political suicide” for other conventional figures:

Although journalists play a political brokering role in presidential primaries, their decisions are driven by news values rather than political values. Journalists are attracted to the new, the unusual, the sensational—the type of story material that will catch and hold an audience’s attention. Trump fit that need as no other candidate in recent memory. Trump is arguably the first bona fide media-created presidential nominee. Although he subsequently tapped a political nerve, journalists fueled his launch.

The study went on to argue that coverage by and large had a positive effect on Trump. This was calculated to give him a media edge of approximately $19 million over his closest competitor in media interest, Jeb Bush.

The study concluded that the Democratic race received much less coverage compared to the GOP. This started to change, however, after Bernie Sanders established himself as Clinton’s viable primary competitor. Indeed, the two candidates both drew attention from several dust-ups as they fought it out for the past few months.

Despite most of Sanders’ coverage seemingly being positive, the analysis concluded that he still was hurt by receiving less coverage than his competition. By contrast, Clinton’s issue-oriented media interest eclipsed both sides of the aisle, but 84% percent of it was negative, as she still observes a tepid relationship with the media.

You can see the study for yourself here.