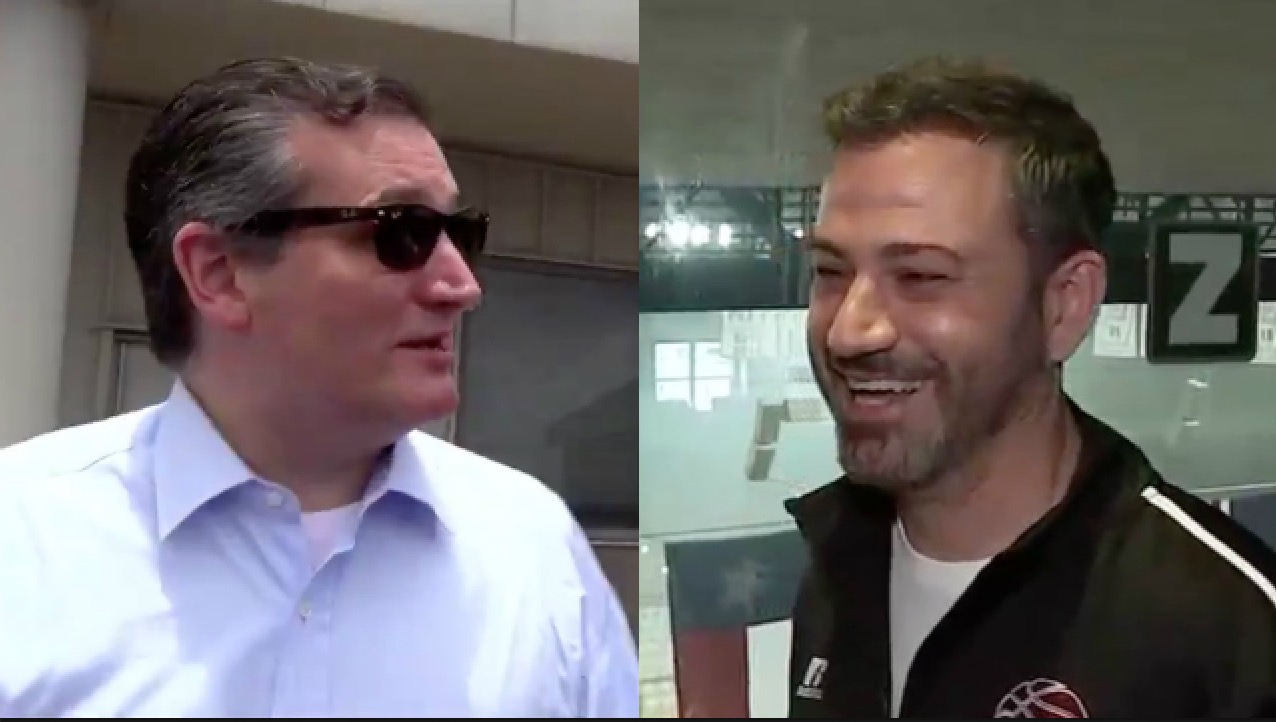 Jimmy Kimmel and Ted Cruz are about to throw down tonight for their big one-on-one basketball game at the Texas Southern University H&PE Arena. To celebrate what’s bound to be a moment to remember for athleticism, let’s review the smack talk the senator and the ABC funnyman have thrown each other’s way, shall we?

The drama started when Kimmel called Cruz “Grandpa Munster” and compared him to a blobfish back in May. Cruz took notice of that, so he asked Kimmel to settle things with him personally, man-to-man.

.@jimmykimmel All right, Big Guy…you talk a good game. You besmirched my support for the @HoustonRockets ? So let’s settle this man-to-man: one-on-one, hoops (or “ring-ball,” if you prefer). The loser gives $5k to the (non-political) charity of the winner’s choice. https://t.co/BWvAP5VOtM

Kimmel was happy to oblige, but with one condition:

I like this idea. I’ll accept on one condition – we both wear VERY short shorts. https://t.co/rKxgHuPCjW

Even though Cruz wouldn’t agree to that, he and Kimmel still managed to settle on a date for the “Blobfish Basketball Classic” where the loser will give $5,000 to the winner’s charity of choice. Kimmel will have to donate to education charity Generation One if he loses, and Cruz will have to donate to the Texas Children’s Hospital if he goes down.

Since the main event is upon us, Kimmel really laid it on thick with the taunts last night, speaking with a blobfish expert to learn what makes a Ted Cruz tick. He’s taking the game seriously though, stretching himself out with some help from Guillermo, and telling ABC13’s Courtney Fischer that he’ll disappear if his “sub-mediocre” skills don’t come through.

As expected, Cruz is firing back.

Rest easy, @jimmykimmel… you won’t be playing @GraysonJAllen today, but it looks like he’s made his pick… #KimmelvsCruz #CruzToVictory pic.twitter.com/GGct8mfrIu

Truly this will be a night to remember.