Herman Cain On Obama: ‘Never Been A Part Of The Black Experience In America’ 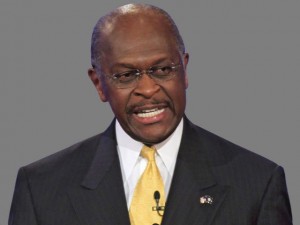 GOP presidential hopeful Herman Cain paid a visit to Neal Boortz‘s radio show to discuss, among other things, the fallout from his heated (and, at times, extremely awkward) interview with MSNBC’s Lawrence O’Donnell last week. In that interview, you’ll recall, O’Donnell brought up a passage from Cain’s book wherein he shares that, when he was in high school, his father had advised him to focus on his studies instead of participating in the civil rights movement of the 1960s. O’Donnell framed Cain’s decision in such a way that the dominant conversation that arose from that interview is centered around Cain’s “blackness” and his role in the “black community.” It seems that nearly every notable black pundit had weighed in on Cain’s experience, from Melissa Harris-Perry to Cornel West to, sure why not, Harry Belafonte.

In their radio interview, Boortz asked Cain to define what it could possibly mean to be an “authentic black” person. Cain responded that he didn’t know, before proceeding to trace his family tree back to his ancestors’ experience as slaves in Georgia (which prompted Boortz to ask whether he had any relatives who may have been slaves on the South Carolina plantation owned by members of his family). Cain then called talks about “authentic blacks,” a “crass, desperate attempt to try and, here again, insult me. What do they mean by ‘authentic’?”

Boortz also told Cain that, in certain rural portions of Georgia, one can see people driving by in trucks that have a Conferderate flag sticker on one side of the bumper, and a Herman Cain campaign sticker on the other. For Cain, that means that Southern “rednecks” (to quote Boortz’s description) care less about the color of his skin, and are thus less bigoted, than certain liberal members of the black community.

At another point in the interview, Boortz noted that Barack Obama also had not participated in the civil rights movement (Although, in all fairness to Obama, this may be because he was born in 1961). Later on, Boortz asked Cain how he’d do in a debate with Obama, which then prompted both men to agree that Obama has “never been a part of the black experience in America.”

But, needle scratch… Does this not circle back to Cain’s own frustration at the discussion over what makes a black person “authentic”? Is he trying to have things both ways, here, as both victim and perpetrator of the idea that there is one right way to be a member of a particular race?

Have a listen for yourselves, via The Neal Boortz Radio Show: