The Next Great Idea: Let’s Do a Movie Mocking Those Suffering From Disease That Kills Millions 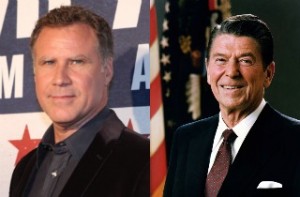 The news took a double-take and triple-confirmation to make sure it wasn’t just another fake story that hoodwinked a few outlets… because it couldn’t be true, right?

Will Ferrell playing a Alzheimer’s-stricken Ronald Reagan in a movie billed as a comedy?

But yes, in the words of Ferrell in Talladega Nights: That. Just. Happened.

Those who know me will tell you I’m quite possibly the actor’s biggest fan. My man cave has one movie poster in it: Anchorman. Like many guys, I can quote that flick verbatim (Anchorman 2 never happened, do you hear me?). Ferrell’s run from 1995-2008 was Chevy Chase-80s-like, with him being the main catalyst for a revival of a Saturday Night Live on life support to heights it hadn’t seen since its glory days of the late 1970s during his 1995-2002 tenure at 30 Rock. His dead-on imitation of George W. Bush was eventually turned into a Broadway play. His Harry Caray… amazing, side-splitting. The Coconut Bangers Ball with Robert Goulet, one of the more hilarious things SNL has ever done. His out-of-his-mind Neil Diamond, the perfect pitch of his Inside the Actors Studio James Lipton… they’re all part of my Best of Will Ferrell Saturday Night Live DVD I’ll watch (particularly if overserved late at night) regularly to this day. And just try to say the word “cowbell” without thinking of Ferrell’s Blue Oyster Cult recording masterpiece. If you’re ranking the Top-5 SNL cast members of all-time, he’s easily on that list (along with John Belushi, Eddie Murphy, Dana Carvey and Chris Farley).

His jump to the big screen was even more remarkable given the string of cult favorites he churned out in five years since leaving the show: Elf, Old School, Anchorman, Wedding Crashers (a small but movie-stealing role in one scene involving nunchucks and meat loaf), Talladega Nights, Blades of Glory, and Step Brothers (the most underrated of the group). These are all what guys born after 1970 will tell you are supremely quotable movies… the kind that you drink in to the point it becomes part of the everyday vernacular.

So this news about Ferrell committing what may be career suicide profoundly hurts to hear. Should presidents be mocked? Sure. It’s part of the job. But should we really be making comedies about those who suffered a slow and horrible death –nevermind the emotional toll on family members – regardless of occupation in life? It’s borderline sick, sick to go down this road and will fail miserably if it ever gets off the ground at all. But all signs point to the movie moving ahead, as a live read was done recently done in March starring the deplorable Lena Dunham and John Cho. The film is currently without a director but reportedly will be shopped to studios beginning in May. Premise: Per Variety, the movie focuses on a dementia-stricken Reagan as a White House intern tries to convince him that he is an actor playing the president. Hil-arious.

Alzheimers is not a comedy!Will Ferrell to play dementia-stricken Ronald Reagan https://t.co/5wdo2PVvHt via the @FoxNews Android app

To those who aren’t familiar with Alzheimer’s and simply think it’s just about memory loss, you might want to read up on it. I did a few years back when absorbing Jim Nantz’s bittersweet autobiography, Always by my Side, The Healing Gift of a Father’s Love. The book takes us through Nantz’s incredible rise from local Houston sportscaster to broadcast icon at CBS, but the primary theme focuses on his father and how he went from strong, hard-working and wise – helping guide and inspire his son even through his adult life – to a man who slowly deteriorated for 13 years before his family’s eyes. And as Nantz recounts, it wasn’t just about not recognizing those close to him, but not being able to even the most basic of daily activities via incontinence, which “includes an inability to recognize the need to use the restroom, forgetting where the bathroom is located, medications, stress, certain physical conditions, clothing that is difficult to remove and constipation.” The stress and heartache this puts on those close to whomever is suffering must be excruciating and exhausting.

In the case of former Bond girl Britt Ekland, she goes so far to say she would opt for assisted suicide than go through what her mother did when she passed from the disease in 2013. Per an interview in the Daily Mail:

In the last few weeks of her life, she was unable to chew or swallow and the doctors explained to Britt and her brothers that feeding her with a tube would simply prolong her suffering. Miss Ekland has admitted that in the end the family let her starve to death.

In the past, Miss Ekland has said: ‘It took her two weeks to die of starvation. ‘In the last four days, she had no water and she simply lay on her side in the fetal position until she finally gave up the fight to live. At the end she was nothing more than a tiny bag of bones with the skin hanging off her. My beautiful mother didn’t deserve that. No one does.’

Now, defenders of the movie will say that the script only concentrates on the early stages of Reagan’s disease during the second term of his presidency and therefore doesn’t explore his deterioration after leaving office. But does that really matter? This is obviously an attempt to poke fun at someone suffering from a disease that afflicts 5.6 million Americans (44 million worldwide) and is the 6th leading cause of death in this country. One in nine Americans over 65 now suffer from Alzheimer’s. It’s a real hoot.

Of course, being where we are today as a society, even a story like this will be cut across party lines (just read some of the comments below for a taste). It shouldn’t. The question should be simple: Should this kind of movie, a comedy no less, even be entertained about being made? And can Ferrell – a huge Democratic supporter – play a former president he loathed with any sense of accuracy or fairness?

It’s a free market. If Hollywood feels this will be both critically acclaimed and profitable, then go for it.

If this was an effort to honestly illustrate Reagan in the early stages of dementia and the challenges it posed to the presidency, that’s one thing. But to create a ridiculous fictional angle in an effort to mock someone suffering from a disease that would eventually be fatal? Who signed off on this… really?

Either way, know this: This will fail. Spectacularly. No script is needed to be seen. No trailer or the movie itself. A comedic premise involving Alzheimer’s alone is quite enough.

The only question is: What the hell is Will Ferrell thinking?