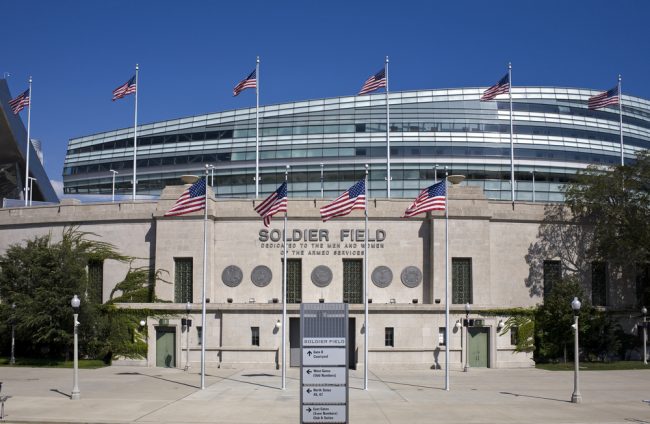 Week 5 concludes with an intriguing NFC Central match-up between the Minnesota Vikings and Chicago Bears in one of the game’s great settings — Soldier Field in Chicago.

Minnesota is off to a 2-2 start, largely without starting quarterback Sam Bradford. The former No. 1 draft pick has missed the last three games due to a left knee injury, but he is expected back under center on Monday night. If his presence helps the Vikings offense approach the level of their defense, Minnesota could get back in the hunt in what’s turning out to be a very competitive division.

The Bears have had 11 days to think about their drubbing at the hands of another Central division rival, Green Bay. Chicago was simply no match for the Packers at Lambeau last Thusday night, falling 35-14. It’s hard to know quite what to make of the Bears — who nearly stole one against Atlanta to start the year, then beat Pittsburgh in Week 3. They’ve also been blown out by Green Bay and Tampa. This one feels like a must for the Bears, if they have any hope of competing for a wild card spot.

It’s the capper to a big sports Monday in the Windy City — which began on the North Side earlier with Game 3 of the NLDS between the Cubs and the Nationals. Can the Bears close out the day in style?