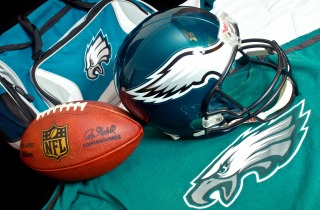 The Championship Sunday doubleheader concludes at Lincoln Financial Field in Philadelphia Sunday – where the Eagles welcome in the Minnesota Vikings. And just as everyone predicted at the start of the season — quarterbacks Nick Foles and Case Keenum will meet with a trip to the Super Bowl on the line.

Foles was pressed into duty after second-year phenom Carson Wentz went down with an ACL injury. But the former Arizona Wildcats signal caller played a solid game last Saturday to help his team get past Atlanta. And so you have, with Philadelphia, the extremely rare circumstance of a No. 1 seed playing at home for the conference title with only a moderate amount of pressure. Who could blame them if they can’t get the job done with their backup quarterback? Still, their defense was excellent last week in containing the wonderful Falcons attack. If they can duplicate that performance, they have a shot on Sunday.

Minnesota is one win away from becoming the first team in NFL history to play the Super Bowl in their home stadium. But last Sunday, they were one play away from being out altogether. Only a miraculous 61-yard touchdown pass from Keenum to Stefon Diggs kept the Vikings in the tournament. Now, they are favored to represent the NFC in the Super Bowl. But did the Saints expose some weaknesses for Minnesota? And if they did, can Philadelphia take advantage?

Kickoff is shortly after 6:30 p.m. ET. The game will air on FOX. Joe Buck and Troy Aikman have the call. The action can be streamed free with a cable subscription on pc, cell phone, or tablet via Fox Sports Go — which can be found here. The Fox Sports Go app can be downloaded via both the iTunes store, and the Google Play store.