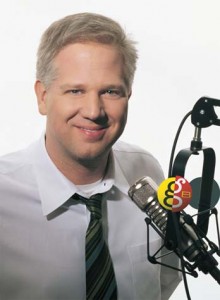 Earlier today, a post promising to pay $100,000 for a Glenn Beck sex tape was published on the Huffington Post. Was this the work of a crazed fan who got just a bit too worked up over the Restoring Honor rally? No, it was actually a bit of misguided satire from Beau Friedlander, the former editor in chief of Air America. Huffington Post editors reviewed the post and it was removed a few hours after it appeared, replaced by an editor’s note and an apology from Friedlander.

The post was intended to parody the previous requests by the likes of Andrew Breitbart for career damaging material like the JournoList emails. However, the reaction wasn’t exactly the knowing chuckles that Friedlander expected. The Observer spoke to Friedlander and he told them that he received death threats and has also lost his posting privileges on the site.

From the Observer:
“Friedlander, the former editor-in-chief of Air America and a contributor to the Huffington Post since 2009, said he ‘understands’ why the site pulled the story, but admitted that he’s ‘bummed’ they decided to remove it. ‘They took it down because they had several editors look at it and they weren’t completely comfortable with what it said,’ Friedlander explained. ‘As a blogger for the Huffington Post, it feel like a scarlet letter on my shirt.’

He added that as of this morning he had the ability to post directly to the site, but after editors removed the post he discovered that this priviledge had been revoked. ‘Now I have to be reviewed, which kind of blows,’ Friedlander said.”

Whether or not you think the joke was crude, nasty, or just plain unfunny, it was probably destined to fail for a number of reasons. While Friedlander was likely trying to make a statement about conservative tactics in general, the tactic he was specifically parodying is most frequently likened to Breitbart and is one he hasn’t used in a couple months. To use it on Beck just makes it seem like a random, spiteful attack on someone who’s in the news right now and not the prank it was intended to be.

Satire definitely has a place in political discourse and, yes, it can sometimes get crude, but if people can’t really tell that you’re making a joke or who you’re making fun of, chances are its not going to work. Huffington Post probably made the right choice in taking it down, something Friedlander probably agrees with.