‘If He Gases His Own People’: The AP Asked Trump Voters What it Would Take For Them to Bail 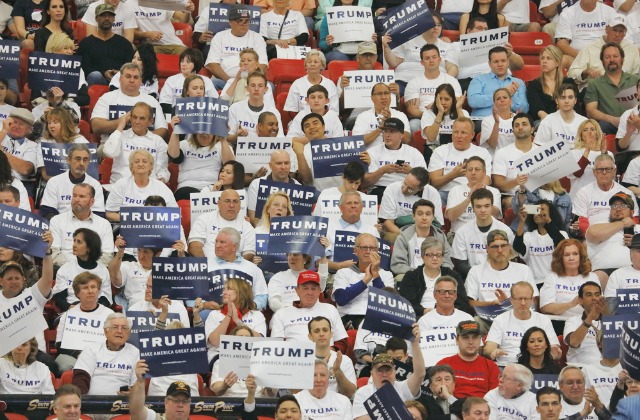 With three straight days of happy hour news bombshells, it appears Congressional Republicans are beginning to distance themselves from President Donald Trump.

But what about the base?

The Associated Press set out to speak with Trump voters from New York, Georgia, and Iowa to find out if they’re still backing the President. The answer, at least among this small sample, appears to be yes.

Ron Castorina, a New York State Assemblyman who represents Staten Island — an area which heavily backed Trump in the election — does not think voters in his district are ready to jump off the Trump train.

“Not only have I not heard of anyone turning their backs, I’ve seen people become more in solidarity with the president because they feel he’s getting a raw deal,” Castorina said.

Take Andrew Ottrando, a Staten Island resident. He made a tongue-in-cheek remark to the AP which left no doubt about where he stands.

“If he gases his own people, yeah I would be against him,” Ottando said, adding that he was only joking.

But comments like Ottando’s, even in jest, underline the dilemma that many Congressional Republicans face as they ponder whether to distance themselves from the President. That decision would seem to be a no-brainer, given a poll out earlier this week found that The Rock would beat Trump in a hypothetical 2020 match-up. But that same poll found that 86 percent of Trump voters approve of the job he’s doing.