Where Are The Women In Tech? (Again.)

If We Can Make A City Smarter, Why Can’t We Do The Same With Its VC Firms? 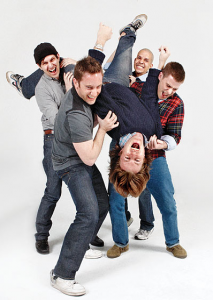 I don’t mean to pick on Fred Wilson. It’s just that of all that I found notable in Doree Shafrir‘s cover story in this week’s New York Magazine, “Tweet Tweet Boom Boom: How Tech Startups Like Foursquare and Meetup Are Trying to Overthrow Old Media and Build a Better New York” — and there was a lot! — I found this quote most illuminating:

“We have a two-year program here, and we try like hell to hire women into that program,” says Union Square Ventures’ Wilson (whose office, except for his assistant, is all male). “We tell the world we’ve got this opening, and anybody who’s interested can apply, and it’s 90 percent men who even bother to apply. I mean, I don’t know what the problem is.”

Imagine for a moment that Fred Wilson just gave a start-up a big chunk of money, and a goal. If that goal was 90% a failure, do you think it would be enough if they were just “trying like hell?” If you “don’t know what the problem is,” you tackle it and find out. Fred Wilson knows that, it’s how every single startup is born. But that problem has to first be a priority. 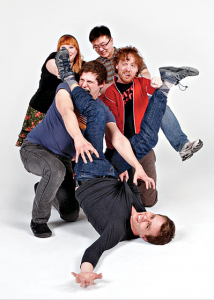 As for “telling the world” — well, it depends how you define “world.” Wilson has advertised it in his popular wee-hours email (see here and here) and on the Union Square Ventures blog (see here and here), but that seems only to be telling his world. And if that world reaches 90% men and you’re trying to bring in women, then maybe a different solution is required. To paraphrase Foursquare co-founder Dennis Crowley: “To make a foosball table smarter isn’t that different from ‘Let’s make a VC smarter.’ ”

There is a lot to this article — including some friends of mine! — so pardon me for focusing on the demographics first. As Joe Coscarelli pointed out yesterday at the Village Voice, “It’s a boy’s world, still: of the 53 entrepreneurs photographed, only 6 are women.” Sigh. Those odds not only suck, but they don’t reflect my own experience in this milieu — who I see at events, at SXSW, at Tom & Jerry’s. (12% doesn’t even reflect the audience at a New York Tech Meetup, at least in my experience. Though if you’re a single guy on the prowl, you may want to try elsewhere.) These companies don’t run themselves and so many of the crucial team members are women — not necessarily founders, but their right arms and guts and blood — who are integral to strategy and growth and implementation. I’m not saying it would be 26.5 out of 53, but more than 6? It would have to be. Even if you just want to attempt to approximate the ratio in the actual industry. 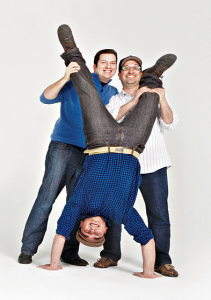 But Wilson is talking about the people at the top, and I guess NYmag is, too. Paging through the online gallery, I looked for the pic featuring Drop.io, knowing that they’d recently hired Soraya Darabi, an SAI 100 designee and well-known new media/tech industry maven. I know she’s there providing crucial support in the background, but you’d never know it from the pic, featuring three guys. (Sidebar: Apparently being a young tech entrepreneur in New York City also means being photographed upside down.) And of course, more women were mentioned in the article than were shot — Emily Gannett of KlickableTV, Brooke Moreland of Fashism.com, Alexis Maybank and Alexandra Wilkis Wilson of Gilt Groupe — all which launched before 2010, unlike a number of those photographed.

So: If only 6 out of 53 featured NYC tech superstars are women, then are we using the wrong criteria? And by “we” I mean the royal we – we the media, in the criteria we are using to assess “success,” and in how we the industry are looking to galvanize, recruit and train. I would venture to say yes — below the surface (or, at least according to the average Foursquare leaderboard) there is a robust presence of women — more than 12%, at least! — making things happen and contributing to the whole. If the data is there, and the resources are there, then all that remains is to do something about it. If we can make a foosball table smarter, than surely we can do that.

Photographs from NYMag.com by Jake Chessum.