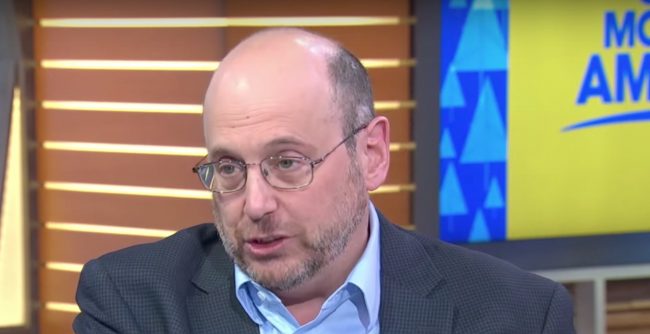 Newsweek writer and Vanity Fair editor Kurt Eichenwald found himself in some hot water Wednesday night, after tweeting out a photo of his laptop screen in which he forgot to close a salacious tab on his web browser.

After facing the widespread ridicule for his apparent taste for sexualized anime, Eichenwald opened up a new tab, typed in twitter.com, and sent out a few posts in an attempt to explain himself.

…some to show her it was real. But I couldn’t find any – & ended up w/ this. My family reads my twitter feed, so they know this is true.

The former New York Times reporter has previously run into trouble for his handling of pornography. In 2005, Eichenwald paid $2,000 to a teenage child pornography star who was the subject of a front page story he was writing for the Times, causing a firestorm of controversy.