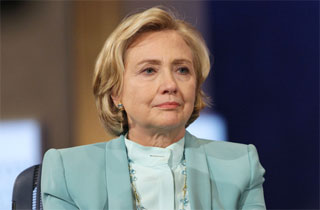 This whole thing started off with a New York Times report saying that IGs at the State Department and the Office of the Director of National Intelligence requested that the Department of Justice open a criminal probe into Clinton’s use of private emails due to classified information contained within. But then the Times edited the story after the Clinton camp complained, and then, despite the DOJ saying earlier they got a criminal referral, the DOJ later said it was a different kind of referral.

So the two aforementioned IGs released a joint statement later explaining that the referral was not criminal in nature, “it was a security referral made for counterintelligence purposes.”

Here’s the full statement from I. Charles McCullough, III and Steve Linick:

Yesterday the Office of the Inspector General of the Intelligence Community (IC IG) sent a congressional notification to intelligence oversight committees updating them of the IC IG support to the State Department IG [attached].