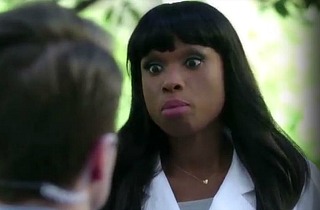 The Affordable Care Act needs a lot of promotion. Three years since its passage, the law is still not popular. What’s worse, in spite of the lack of barriers, the ACA’s proponents fear that healthy young people will fail to sign up for the health care exchanges which open on October 1. To prevent this disastrous eventuality, the government and the White House’s allies have been promoting the ACA in a variety of venues, the latest being a parody of the television show Scandal on Funny or Die starring Jennifer Hudson. But the only “scandal” here is that the Washington Post’s Juliet Eilperin would label this botched attempt at humor “funny.”

In the video, Hudson sets about Washington D.C. putting out fires – each of which are easily remedied by Hudson simply her guiding her subjects through the process of taking advantage of the reforms in “Obamacare.”

Take two minutes of your time to watch this indefensibly humorless video. It informs the debate over “Obamacare” because it shines a clearer light on the position of the law’s defenders. This video is part of a stealth campaign (which the White House insists it is not behind) in which cute animal memes entice younger demographics to sign up for the health care exchanges.

Unless Republicans in Congress rescue Democrats from themselves, the moment of truth for the Affordable Care Act is here. There are few signs which indicate that the law is ready for a smooth rollout. In fact, frenzied campaigns like these leave the viewer with an increasing sense of desperation among “Obamacare” supporters.

Watch the video below via Funny or Die: