Joe Biden’s Use of ‘Shylocks’ Draws Anger from Jewish Group

Joe Biden’s Use of ‘Shylocks’ Draws Anger from Jewish Group 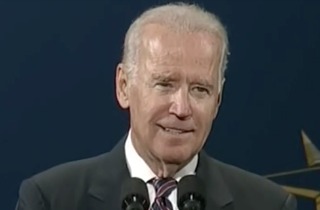 The Anti-Defamation League, a nonprofit that fights antisemitism, is denouncing Vice President Joe Biden for deploying what they called a “medieval stereotype” about Jews.

Biden used the term Tuesday while at a conference hosted in Washington, D.C., by the Legal Services Corporation, a group that provides legal counsel to those who cannot afford to pay for it. He was offering an anecdote about his son Beau who he said saw U.S. veterans taken advantage of by bankers.

“People would come to [Beau],” VP Biden said, “and talk about what was happening to them at home in terms of foreclosures, in terms of bad loans that were being — I mean, these Shylocks who took advantage of these women and men while overseas.”

“Shylock represents the medieval stereotype about Jews and remains an offensive characterization to this day,” the ADL National Director Abraham Foxman said in a statement to Yahoo! News. “The Vice President should have been more careful.”

Added Foxman: “When someone as friendly to the Jewish community and open and tolerant an individual as is Vice President Joe Biden, uses the term ‘Shylocked’ to describe unscrupulous moneylenders dealing with service men and women, we see once again how deeply embedded this stereotype about Jews is in society.”

Some history on “Shylock,” via Wiki: “In The Merchant of Venice, Shylock is a Jewish moneylender who lends money to his Christian rival, Antonio, setting the security at a pound of Antonio’s flesh from next to his heart.”

UPDATE — 11:41 p.m. ET: The Washington Post reports that Biden has pologize for his “poor choice of words.”