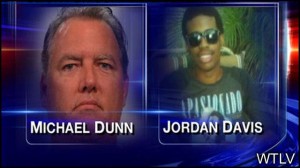 On Sunday night, broadcaster Bob Costas launched a furious barrage of indignation at himself when he dared to comment on American gun culture during the NFL Sunday Night Football halftime show. The premise of his critique is tough to argue with: possession of handguns can escalate non-lethal situations into deadly ones, like the murder/suicide that prompted Costas to speak, or like the tragedy that predated it by several days, and which Costas also referenced: the shooting death of 17 year-old Jordan Davis, whose only crime appears to have been A Salt With A Deadly Pepa, or some other musical source that was playing too loud for 45 year-old Michael Dunn.

Bob Costas’ commentary was sparked by the tragic crimes of Kansas City Chiefs linebacker Jovan Belcher, who shot and killed Kasandra Perkins, his girlfriend and the mother of his child, then drove to the Chiefs’ practice facility and committed suicide in front of his coach and general manager Saturday morning. Costas, quoting heavily from a column by sportswriter Jason Whitlock, also referenced the Jordan Davis killing, saying that handguns ensure that “more convenience store confrontations over loud music coming from a car will leave more teenage boys bloodied and dead.”

The details of the Jordan Davis shooting differ significantly from those of the Trayvon Martin case, but there is a common thread. From The Associated Press:

Michael David Dunn is charged with murder and attempted murder in the Nov. 23 shooting at a Jacksonville, Fla., gas station. The 45-year-old Dunn parked beside the sport utility vehicle occupied by Davis and three other young men and told them to turn the music down, police said. Dunn exchanged words with Davis, who was in the back seat, and started firing. He later told police he felt threatened. His attorney has said Dunn saw a gun and shot in self-defense, perhaps laying the ground work for a case under Florida’s “stand your ground” law.

Undercutting Dunn’s claim that he acted in self-defense, aside from the lack of any weapon being found in the target vehicle, is the fact that he failed to report the incident to police, instead spending the night in a hotel with his girlfriend, before returning home, where he was arrested.

So far, the Jordan Davis killing has failed to attract the level of attention that Trayvon Martin’s killing did, perhaps because the alleged shooter in Davis’ case was immediately arrested, and justice appears to be taking its course, but the similarities are such that the Jordan Davis killing should lead to some important national discourse. In both cases, the victims were unarmed, 17 year-old young black men, while the aggressors were older, non-black men who shot these teenagers dead, then claimed self-defense. In Trayvon Martin’s case, his hooded sweatshirt became a racially loaded symbol for the “threat” that his killer felt, while Jordan Davis was apparently a threat because of his boomin’ system. If Trayvon and Jordan had been white, it’s possible they would both still be alive, but that’s another conversation, one that’s been started nationally by folks like MSNBC’s Melissa Harris-Perry and Touré, and commentators like Leonard Pitts, Jr.

But there’s very little that we can do to keep 17 year-old black teenagers from being black, or, apparently, to keep other people from panicking at the sight of them. What Bob Costas was saying, along with Jason Whitlock, is that if some people did not have access to handguns, people like George Zimmeman, and Michael Dunn, then their respective victims would probably still be alive. George Zimmerman probably would have stayed in his car and let the police confiscate Trayvon Martin’s dangerous Skittles, and Michael Dunn probably would have parked someplace where Jordan Davis’ stereo would have offended his senses a bit less, and those kids’ families would still have them around to love.

Whitlock went pretty far in denouncing the 2nd Amendment as a “threat” to our liberty (although even he didn’t explicitly call for its revocation), but Bob Costas, object of so much conservative ire, was completely silent on the issue of gun rights. What Costas said is the essential first step in any productive conversation about guns, the step that conservatives refuse to take: admitting that guns can be a problem. Not single parents, not low-character “inner-city” folk, not people with autism, and not decades of liberalism, but guns. What you do about it from there is the real conversation, a conversation we cannot have until conservatives realize that not everyone should be able to get a gun, let alone have the right to shoot first and ask questions later.

Now, the result of that conversation could be changes to gun laws, which would be my preference, but conservatives could offer other means to address the problem, if they admitted there was one. Yes, we can focus on preventing suicide and domestic violence, while also trying to prevent depressed people and domestic abusers from obtaining handguns, and to suggest otherwise is simply misdirection.