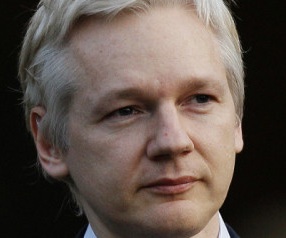 Julian Assange, WikiLeaks editor-in-chief recently gave an interview to the Huffington Post that was remarkably critical of the media coverage of Pfc. Bradley Manning’s imprisonment. Manning is accused of leaking thousands of classified documents on the Iraq and Afghanistan wars, the prisoners being held at Guantanamo Bay and the State Department to WikiLeaks.

PBS’ Frontline is calling Manning’s passage of information the “largest intelligence breach in U.S. history.” In an hour special on the subject that aired Tuesday, PBS outlined the specific information flow inside the Pentagon that allowed a low level analyst (Manning), to have access to such classified documents, Manning’s relationship with Assange and other information pertaining to Manning’s detainment in addition to a long profile that focused on very detailed account of his life.

PBS claimed that they only wanted to shed light on what might cause a government employee to release such crucial information but Assange calls this delving into personal information “appalling”. Assange says that speculation that Manning was depressed, discussions of his parent’s divorce and examination of his Facebook page is “irrelevant”.

“That we saw, for example, with Frontline last night—once again a concentration on salacious and really quite irrelevant personal factors. There are many, indeed, perhaps most, people in the United States from divorced parents. But how many have spent the last year without conviction in a military prison? The answer is one.”

This brings up a lot of interesting issues. Does the media pay too much attention to salacious, behind-the-scenes stories? Is the fact that Manning wrote on his Facebook status that he was “beyond frustrating with people and society at large” relevant to his case? It’s not unfair to say that most people, particularly those in their early 20’s, feel that way upon occasion. Should we also be examining that Manning “liked” Glee? PBS was clearly trying to give some back story to an ambiguous figure, but one can reasonably wonder if they were right to do so when Manning is in prison and unable to speak for himself