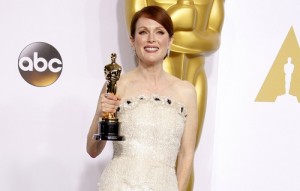 Spurred by the events in Charleston, South Carolina, and Confederate flag protests and rallies throughout the American South, Moore and Cohen opened a Change.org petition in August calling for the Fairfax County School Board to rename Stuart. They’re specifically requesting that the school board rename it in honor of Thurgood Marshall, the first African-American Supreme Court Justice and “a member of [the Fairfax] community.”

Aside from the heightened attention Moore and Cohen’s names have brought to the origins of Stuart High’s name, WaPo also notes that the school’s student body “is among the most racially diverse in a county that serves the 10th-largest student population in the United States”:

Almost half the school’s students — 49 percent — are Hispanic, while 24 percent are white, 14 percent are Asian and 11 percent are black. Six in 10 students at Stuart — the highest percentage in Fairfax — qualify for free or reduced-price meals, a federal measure of poverty.