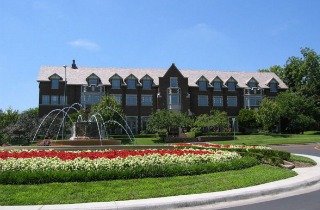 A University of Kansas professor was put on leave after students complained about her saying the n-word in class.

Andrea Quenette was having a class discussion about diversity in the classroom following a university town hall about race and discrimination. She told The Lawrence Journal-World, “I tried to preface everything I said with, ‘I don’t experience racial discrimination so it’s hard for me to understand the challenges that other people face, because I don’t often see those.'”

She said at one point that she had not personally witnessed racism or students assaulting over students on campus, and when saying she hasn’t seen racial epithets spray-painted around campus, Quenette uttered the n-word.

Quenette said no one responded in the moment, and so she kept going, but following that class outrage spread and students posted an open letter calling for her to lose her job. Here’s part of what it says:

Dr. Quenette indicated that because she has not experienced or witnessed discrimination, it is not happening at KU. She asked for more evidence, and was dismissive of the multiple examples provided. These comments demonstrate not only an unwillingness to accept evidence contrary to her own ideas and experiences but also exemplify the dismissal and questioning of minority students’ experiences that has reinforced the very structural discrimination they seek to destroy by speaking up.

These comments betray a lack of empathy and care for students of color who are facing academic struggles, which is particularly troubling for our incoming cohort of graduate teaching assistants as we are crafting our own teaching pedagogy. Furthermore, it denies the necessity for social and academic institutional programs in support of disenfranchised students.

They also make some more general claims about Quenette:

Dr. Quenette consistently misrepresented and denied speech calling attention to sexist remarks, racially insensitive comments, inappropriate jokes, constant swearing, hostility to alternative teaching methods, and ridicule of incoming GTAs that were all made apparent in the evaluations of orientation and/or during COMS 930 class sessions.

She has been placed on leave amid a university investigation.