Kellyanne Conway Had The Funniest Gaffe of 2018, Plus 12 More

Kellyanne Conway Had The Funniest Gaffe of 2018, Plus 12 Other Amazing Media Moments This Year 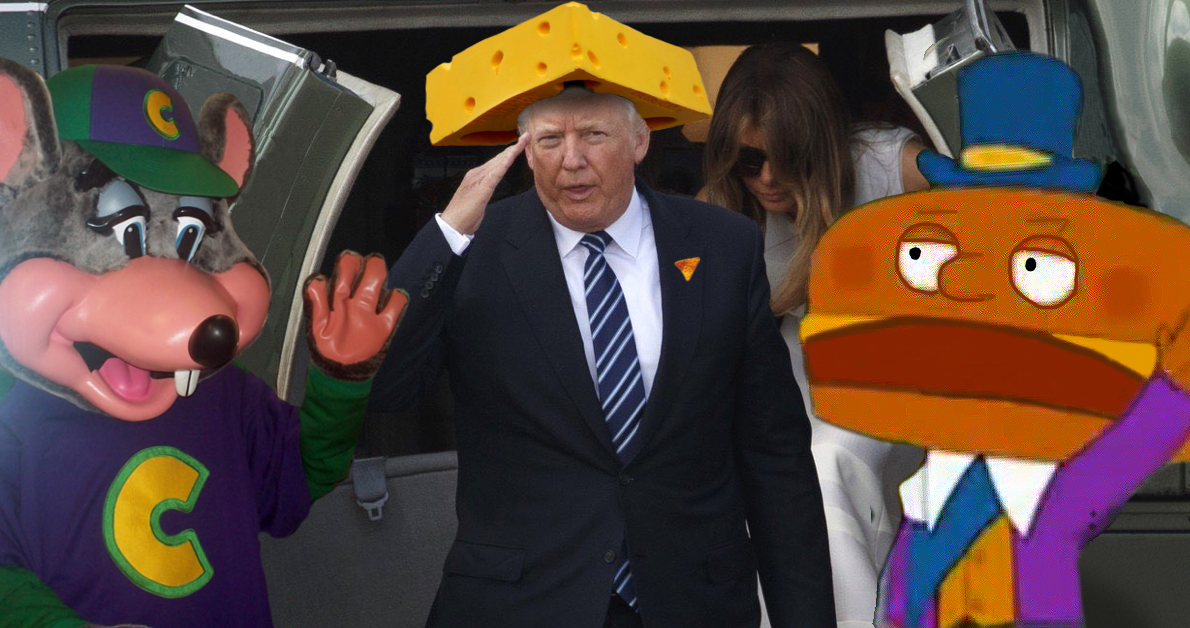 As 2018 draws to a close, ’tis the season for year-end roundups. But rather than simply rehash the same ten viral moments that every other list will feature, I have compiled a set of clips that features a mixture of moments that may or may not have blown up, but which stuck with me throughout the year for a variety of reasons. Most are of things that happened this year, and a few are gems from the past that I dug up in 2018.

In that spirit, here are my personal favorite 13 of news-related clips of the year.

In a year that featured plenty of bad Trump-related news, millions of us got a much-needed laugh when Kellyanne Conway inadvertently called her cheddar-colored boss the “Commander of Cheese” during an interview with CNN’s John Berman.

2. Come for the Blood-Stained Killing Fields, Stay for the Beautiful Long Island Weather

When Chris Hayes asked Rep. Lee Zeldin (R-NY) if he agrees with Trump that his district is a “blood-stained killing field,” Zeldin replied “Absolutely,” then invited MSNBC viewers to come vacation there. It was the most hilariously sad example of a Republican sucking up to Trump at any cost.

This actually happened: @RepLeeZeldin agrees his district is a “blood-stained killing field,” but also a good place for a vacation. pic.twitter.com/3VuxyzDDpw

3. Women Reporters Standing Up to Trump

Over the course of several days in October, White House correspondents Weijia Jiang of CBS, Kaitlan Collins of CNN, and Cecilia Vega of ABC News all stood up to Trump at press conferences when he tried to bully them:

Women are standing up to Trump at press conferences, and he hates it @weijia @kaitlancollins @CeciliaVega pic.twitter.com/29BPftB47X

About a month later, Trump attacked three more women in the press corps, AURN’s April Ryan, PBS’ Yamiche Alcindor, and CNN”s Abby Phillip. None of them yielded to Trump, either.

Trump’s attacks on black women in WH press corps this week: told @AprilDRyan to “Sit down,” told @Yamiche her question was “racist” and now, tells @abbydphillip “You ask a lot of stupid questions.” pic.twitter.com/nIiVujQWlg

4. Jake Tapper Makes the Correction of the Year

No moment encapsulated the surreal ebb and flow of the 2018 news cycle quite like Jake Tapper drily correcting a guest who misidentified one of Paul Manafort‘s exotic wardrobe items: ” “Just for the record, it was a python jacket, not a cobra jacket.”

Correction of the day by @jaketapper on Manafort trial: “Just for the record, it was a python jacket, not a cobra jacket.” pic.twitter.com/ZKqswHpLQl

Fact-checking Trump and his hench-people can be a dizzying exercise under any circumstances, so the fact that Jake Tapper was able to bust Rudy Giuliani in real-time, during a live interview, was all the more impressive. Giuliani told Tapper he’d “never said” a thing that he’d definitely said, so Tapper dug out the tape and played it for him.

6. Donald Trump, Jr. Tells Oprah Why It’s Hard Out Here For a Trump

In this 2009 interview, Don Junior tells Oprah Winfrey that there’s a “stigmata” associated with the Trump name, and the way things have gone for the Trump’s this year, he could be right.

Nothing captures the fearlessness with which April Ryan did her job this year than the moment she repeatedly asked Trump “Mr. Trump, are you a racist?” following Trump’s remarks about “shithole countries.”

Here’s Trump fleeing #MLKDay proclamation under intense questions from @AprilDRyan & others on racist #ShitholeCountries remark, and @PastorDScott arguing back at her. Bad move. https://t.co/0r9veeknKu pic.twitter.com/yJTLI6338K

I’m thinking Kellyanne Conway must have slipped Rudy Giuliani a few bucks to try and get him to make people forget about “alternative facts” by insisting that “truth isn’t truth.” We all laughed with Chuck Todd on this one.

There were many great moments from White House reporters from this year, but I especially loved Kaitlan Collins taking Sarah Huckabee Sanders to task for refusing to do her job. When Trump was caught lying about his hush-money scheme, Sanders tried to punt questions to Rudy Giuliani.

“Rudy Giuliani is not a taxpayer-funded spokesperson for the president,” Collins said. “You are. Why can’t you you explain something the president said on the grounds of the White House?”

In 100 briefings, Sarah Sanders has punted to Trump’s personal lawyers at least 41 times. Obama’s press secretaries did it zero times. Because Obama wasn’t a criminal. pic.twitter.com/Rd2fHlDMWI

This Trump supporter’s remark, made while standing in line at a Trump rally for Ted Cruz in October, says it all.

“It doesn’t really matter what he says, we’ll support it.” – Trump supporter on line for Trump/Cruz rally. Says it all. pic.twitter.com/oojPlMeFgD

When Sarah Sanders tweeted a doctored video in order to justify the suspension of CNN White House Correspondent Jim Acosta‘s hard pass, the internet responded with mockery. I’m partial to my own contribution:

It’s subtle, but the White House appears to have doctored this video of @Acosta at yesterday’s press conference. pic.twitter.com/s3iiTaC87N

The Oval Office meeting between Trump and Nancy Pelosi and Chuck Schumer was a thing of beauty, but Pelosi’s post-meeting press scrum was the real treat. Asked why she had wanted the meeting to be private, Pelosi told reporters “I didn’t want to in front of those people say, ‘You don’t know what you’re talking about.'”

When Conway attacked 29 year-old Congresswoman Alexandria Ocasio-Cortez, I dug up this 1998 clip of Conway at about the same age. I don’t know if this qualifies as a “favorite,” exactly, but there’s more cringeworthiness packed into these two minutes than in every episode of Curb Your Enthusiasm ever.