Kirsten Powers: If Limbaugh’s Actions Demand Boycott, Then What About ‘Army Of Swine On The Left’?

Kirsten Powers: If Limbaugh’s Actions Demand Boycott, Then What About ‘Army Of Swine On The Left’? 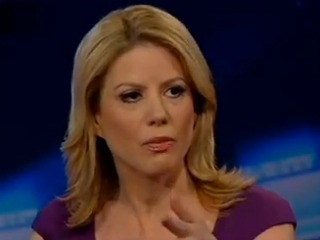 In a post titled “Rush Limbaugh Isn’t the Only Media Misogynist,” Daily Beast columnist Kirsten Powers (who had been a very outspoken voice against former congressman Anthony Weiner for what she characterized as the “sociopathic” and “misogynistic” behavior he demonstrated upon being outed for conducting inappropriate online communication with various women) notes a double standard in the way those on the right — like, say, Rush Limbaugh — are held to account for instances of misogyny versus those media personalities on the left.

“[I]f Limbaugh’s actions demand a boycott—and they do,” she asks, noting that even more groveling should still be required on his part, “then what about the army of swine on the left?”

Powers recalled several instances of gross misogyny committed by big names on the left, including Ed Schultz, Keith Olbermann, Matt Taibbi, Chris Matthews, and “the grand pooh-bah of media misogyny”,” Bill Maher. She highlighted instances where Maher went after both high-profile Republican women — like, perhaps most famously, Sarah Palin — and women in general, including those who have the audacity to breastfeed their children in public. Recalling a mean-spirited he’d made at the expense of Rick Santorum’s wife, Powers asked viewers to “[i]magine now the same joke during the 2008 primary with Michelle Obama’s name in it, and tell me that he would still have a job.”

It isn’t that there is no one out there calling out those on the left for misogyny, she writes, but “the real fury seems reserved only for conservatives, while the men on the left get a wink and a nod as long as they are carrying water for the liberal cause.” And this, she argues, ultimately serves to make the fight against misogyny in the media continue to seem like “a proxy war for the Democratic Party, not a fight for fair treatment of women in the public square.”