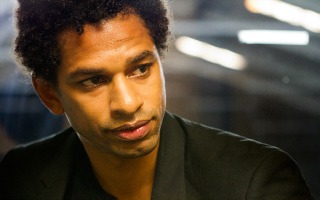 MSNBC host Touré ignited a firestorm on Thursday when he accused Mitt Romney’s presidential campaign of engaging in the “niggerization” of President Barack Obama by calling the negative tone of his campaign “angry.” But where are the outcries by conservative activists and prominent Republicans for the boycotting of NBC’s advertisers until they let Touré go? Nowhere. And that is a testament to the standard that most conservatives value in practice as well as principle, that the freedom of speech means freedom to say offensive and irresponsible things.

RELATED: MSNBC’s Touré: Romney Engaging In The ‘Niggerization’ Of Obama

It should be clear to all sentient beings that what Touré said was deeply offensive. A broadcaster has a responsibility to their audience, and the invocation of racial hatred in this tenuous way invents animus where it does not exist. It also rationalizes unfounded hatred and invites racial tension. Touré should issue an apology, but he should not be let go or even suspended from MSNBC.

That hardly needs to be said – there is no public outcry by any prominent conservative voice for NBC to let him go. Why? Because conservatives know that free expression, no matter how disturbing and base, is to be protected at all costs.

That principle seems so often lost on progressives whose kneejerk reaction to a conservative opinion leader who steps on his or her tongue is to boycott their program’s advertisers until that host is fired. Too often, the response to unpopular speech on the left is to shut it down.

When conservative radio host Rush Limbaugh called reproductive rights advocate Sandra Fluke a “slut,” the outcry was deafening. The “Stop Rush” boycott effort, born in 2007 and repurposed for 2012, was reignited and targeted the radio hosts advertisers. The effort saw some initial success, forcing some advertisers to drop their financial support for Limbaugh’s program and costing him two small syndicators.

But the boycott fizzled, as all eventually do when their stated goals – most often the firing of the offending host – are not met.

While it is clear that the Romney campaign is not happy that a major news organization allowed this defamation to be broadcast, and have evidently voiced their concerns to the network, one would presume that they are not calling for a broadcaster’s job. And apology will suffice. If the Romney campaign called for Touré’s firing and that was not forthcoming, they would have lost much in the way of political capital and made themselves the enemy of the production staff of NBC in the process.

Some on the left get this. To his credit, MSNBC host Ed Schultz came out against the stunted effort to boycott Limbaugh’s program with the aim of getting his program thrown off the air. Schultz said, recalling a conversation he had with the founder of the liberal watch-dog group Media Matters for America David Brock, that boycotts are the wrong things to do because it hurts everyone except the intended target.

As revenues to traditional media outlets sink, they can hardly afford any lost revenue. As a result, they must keep the revenue generators – e.g. the hosts – on board. Any drop in revenue does not harm the hosts, they are far too valuable to suffer any loss in compensation when they can most often sit out their contracts and head across the street to a competitor. Boycotts do, however, harm the people who make broadcast programs work. Those producers, bookers, engineers and sales people who do not have a platform to speak out suffer the most.

Even if the host succumbs to a boycott effort, as was the case with Don Imus in 2007, they are back on the air sooner rather than later at some institution that needs the revenue those hosts can generate. Anyone else who lose their jobs in the process? Well, they’re often not as lucky. Conservatives, for the most part, know that boycott efforts against programs and hosts are self-serving enterprises designed to make the boycotter feel better about themselves and not to seek redress for one grievance or another.

In Touré’s case, an apology is called for. He has done damage to his brand and that of the network he represents. But he should not lose his vocation. Touré is a strong and articulate advocate for a point of view – one that is unique and informs the national dialogue. But I have heard no calls on the right for his career to be put on the chopping block. That speaks to the principle of those on the right.