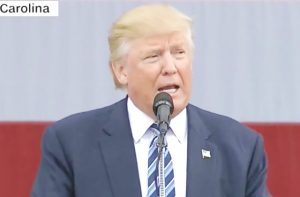 America’s liberal colleges and universities are saying “Nosotros NO” to President-Elect Donald Trump’s deportation promises made during the campaign. Many, actually declaring they will run sanctuary colleges that give all line-cutting border-hoppers safe places and spaces to mooch off our educational system (a large portion, taxpayer-funded).

Presidents of Reed College in Oregon and Wesleyan University in Connecticut both recently announced their schools would officially welcome and protect illegals “regardless of immigration status.”

They are joining forces with liberal mayors across the nation to show blatant contempt for America’s immigration laws — all before Trump can follow through on his pledge to deport illegals and put an end to the estimated 300 sanctuary jurisdictions across the nation.

“The model is the sanctuary city like Austin, New York City, Chicago, and dozens of other municipalities, which have declared their intention not to cooperate with federal officials seeking to deport residents simply because they lack appropriate immigration documentation,” noted Wesleyan president Michael Roth.

“Appropriate documentation” would be a US birth certificate or naturalization card.

“These are small steps, to be sure, in the face of a very frightening wave of threats to roll back the civil rights gains made in recent decades,” Roth righteously continued in his statement.

Wait, what? Since when did criminal non-citizens, squatting in the US illegally have the same civil rights that my black parents fought for during segregation?

But thanks to the executive order mandated by President Barack Obama in 2012, called Deferred Action for Childhood Arrivals (DACA),we’ve apparently put illegals first.

Under the program, illegal aliens, who came to America before the age of 16, can’t be deported and have the right to live, work, get a driver’s license and study here.

Liberal institutions of higher learning are going full throttle in their lawlessness, offering illegals scholarships and making US citizens pay for them through jacked-up tuition fees (as if college weren’t expensive enough). Many colleges offer in-state tuition to illegal aliens who are residents of other nations; and to finance this benefit,  they charge student fees to Americans. Where’s the in-state tuition for out-of-state-citizen students to these schools? Non-existent.

Never you mind our Constitution or laws, liberals salivate at the thought of defying common sense and logic, in favor of criminals. Building a wall of defiance, more than 90 college and university presidents signed a statement, demanding Trump continue and expand DACA, according to Inside Higher Education.

Jose Garcia, an illegal student at Drake University, which is considering becoming a sanctuary college, said he felt entitled to an education.

This is America’s problem how?

Students at ridiculously expensive and left-wing liberal Harvard University petitioned the school to shelter “undocumented students.” Sorry, there is no such thing. Either you got papers or you don’t. According to the Harvard Crimson, “many of the roughly 40 undocumented students at the College expressed fear of deportation under a Trump administration.”

THE ONLY RIGHT an illegal alien should have is to hop back over the border with their illegal parents and GET IN LINE, like lawful American immigrants! Just because your poppy and mommy brought you here illegally doesn’t entitle you to citizenship — much less America’s education system. We need immigration enforcement. Americans who supported the president-elect are anxiously waiting for him to follow through on his promise during his first 100 days in office. Anything less, won’t make America great again.