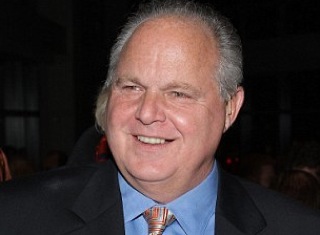 The Supreme Court’s decision on the controversial Arizona immigration law yesterday caught the Mitt Romney campaign off-guard, Rush Limbaugh argued on his show today. “Mitt Romney blew it,” he told his audience, noting that while he found the campaign to be “superb” in general, yesterday’s reaction was not good enough for a news week that may have a decision on the Affordable Care Act in the near future.

Limbaugh took the necessary time to attack the Obama administration on the issue, arguing that they are “basically telling Arizona ‘we don’t care– we’re going to have spies tattling on you if you start stopping people.” That said, Limbaugh thought “the Romney campaign was not ready for primetime,” and though he understood “the Romney campaign is basically saving it all up for after the Olympics,” “this is too consequential a week.”

Adding that Romney “can’t live off Obama’s gaffes,” he explained that the “tepid” response would have looked, in his opinion, horrible were it given at a debate. Instead, Limbaugh argued the strategy should be for Republicans what it has already been- “treat Hispanics like every other American,” and not like the left, Limbaugh thinks, does: “a bunch of incompetent, helpless, migrant workers stomped on by the cruelties of life, saved only by the benevolence of Pope Obama.”

The segment from today’s program below: