Live Tweets And Results From The National Magazine Awards 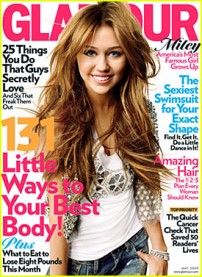 Here is a full list of results from last night’s National Magazine Awards and just below you can find a blow-by blow Tweet account (ie. Martha Stewart’s very high shoes, Brooke Shields very green dress, David Remnick’s very pink tie) from last night’s big event at Alice Tully Hall at the Lincoln Center (more than a few people, by the way, aimed for the Time Warner center by mistake, where it has been held in recent years past).

A couple of highlights. After last year’s “annus horribilis” (more than one editor congratulated the room on surviving 2009) last night felt like a return to better and more familiar times. Also very familiar faces. New York, an Ellie favorite, walked away with the most awards of the evening (four). The New Yorker snagged three, losing out to Men’s Health in the General Excellence category, much to editor Dave Zinzenko’s obvious (and funny) enjoyment. The big winner of the night, however, was Glamour, which snapped up the brand new Magazine of the Year that awards both print and digital efforts. In her acceptance speech editor Cindi Leive noted how nice it was to seen women’s magazines recognized in the top categories.

The winners of the National Magazine Awards 2010 are:

Honors the effectiveness of design, typography and artwork in support of the editorial mission of the magazine

For March, May, August Issues

Honors the effectiveness of photography, photojournalism and photo-illustration in support of the editorial mission of the magazine

Recognizes the informative photographic documentation of an event or subject

For “Shattered Somalia,” photographs by Pascal Maitre; text by Robert Draper, May

For “Portraits of Power,” photographs by Platon, December 7

For “The Mystery Issue,” May

Recognizes the excellence of a regular, cohesive front- or back-of-back section

For “For and Against Foreskin,” by Chris Bonanos, Michael Idov and Hanna Rosin, October 26

For “The Cost Conundrum,” by Atul Gawande, June 1

Honors the enterprise, skill and analysis that a magazine exhibits in covering an event or problem of contemporary interest and significance

For “The Deadly Choices at Memorial,” by Sheri Fink, August 30

For “Still Life,” by Skip Hollandsworth, May

For “The Man Who Never Was,” by Mike Sager, May

For three columns by Fareed Zakaria: “Worthwhile Canadian Initiative,” February 16; “The Way Out of Afghanistan,” September 21; “Theocracy and Its Discontents,” June 29

Honors the knowledge, persuasiveness and original voice that the critic brings to her or his reviews

For three reviews by Elizabeth Kolbert: “Green Like Me,” August 31; “Flesh of Your Flesh,” November 9; “Hosed,” November 16