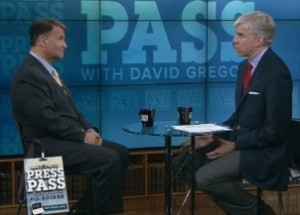 When “Casino Jack” calls you corrupt, you might have a problem on your hands.

Gingrich, who famously called for the jailing of Rep. Barney Frank over his dealings with Freddie Mac, finds himself at odds with that stance now that it has been revealed that Gingrich’s consulting firm received $1.6 million in fees from the housing agency over the last decade.

Gregory asked Abromoff what he made of the brewing scandal. ” I don’t know if he’ll survive this, to be honest with you, this is a very big thing,” Abramoff told Gregory, adding, “Because he is doing, and engaging in the exact kind of corruption that America disdains.”

“You call that corruption though?” Gregory asked. “That’s a heavy charge.”

“It is corruption,” Abramoff responded. “At the end of the day, I say in the book, I believe now, although I didn’t believe then unfortunately, that any provision of favor or any provision of anything to members of Congress and their staff is bribery. And any cashing in on it by them coming out later is corruption.”

Abramoff also isn’t buying Newt’s explanation. ” I know he says that they paid him as a historian to give him a historic lesson, but, but I’m unaware of any history professor being paid that sort of money to give someone a history lesson.”