Majority Of Tea Partiers Would Not Vote For Sarah Palin

Majority Of Tea Partiers Would Not Vote For Sarah Palin 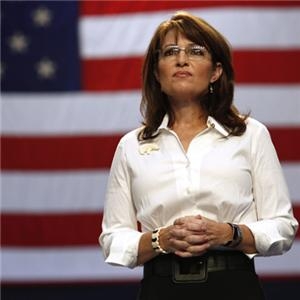 Because what we are lacking these days is extensive information about who the Tea Partiers are and what they want, Politico has followed up last week’s huge NYT/CBS poll with one of their own. Politico apparently decided to take advantage of the huge tax day protests that descended on Washington last Thursday to ask some pertinent questions.

As with the NYT poll none of the results are all that surprising: “the attendees were largely hostile to President Barack Obama and the national Democratic Party — three-quarters believe the president “is pursuing a socialist agenda.” I think that last bit may eventually be known at the Glenn Beck Effect.

The poll also noted that the group was split within itself into two separate groups, those that are libertarian-minded, and those that are “culturally conservative and equally concerned about social and fiscal issues.” Subsequently, it’s not at all surprising that the party at large admires two distinct figures as best representing what the movement stands for: Ron Paul and Sarah Palin. What is interesting is that despite this support the majority of Tea Partiers would not consider voting for either: “Fifty-three percent of those surveyed said they would not even consider voting for Palin if she ran for president in 2012; 59 percent said the same thing of Paul.”

And there you have the major problem the Republicans are facing distilled down to one poll result: the GOP is utterly lacking in reliable leadership. The Tea Party is currently a hugely energized monster with no head. Literally. The right needs to find a leader that can compete with the zeal and magnetism of Sarah Palin (in the words of Gail Collins, someone who “can suck all the air out of the room”), but who people actually feel comfortable voting for. And they need to do it quickly. Full poll results here.