Mark Levin On Bachman’s Slavery Comment: ‘Bachmann Is Right And Stephanopoulos Is Foolish’ 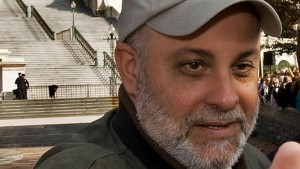 Radio host Mark Levin took to Facebook to air out the issues he has regarding George Stephanopoulos‘ recent interview with Michele Bachmann. During the interview, Stephanopoulos confronted Bachmann on her description of John Quincy Adams as one of the nation’s founding fathers as well as an earlier statement she’d made claiming that America’s founders had “worked tirelessly” to end slavery.

In his Facebook note, quite simply titled “George Stephanopoulos: Flake,” Levin says Bachmann does indeed have history on her side:

The fact is that a number of prominent Founders did attempt to end or at least take on the issue of slavery, including Virginia’s George Mason, who was a delegate to the Constitutional Convention. The inability to end slavery was among the reasons he refused to support the Constitution. While he was a slave-owner, he nonetheless opposed the institution going forward. Mason was no light-weight, either. He had authored the Virginia Declaration of Rights, which later served as the basis for James Madison’s draft of the Bill of Rights.

The Constitution itself reflects some of the hard-fought compromises over slavery, resulting from the demands of anti-slavery delegates, including ending the importation of slaves on a date certain and diminishing the influence of the southern slave states in the federal House of Representatives with the three-fifth’s limit respecting apportionment.

Levin offers more historical context to Bachmann’s comment before concluding his post by declaring that “There is much more, but point is that Bachmann is right and Stephanopolous is foolish. These flaky journalists really should get their facts and history right before playing the gotcha game, or it might come back to bite them thanks to a fact-checker like me.”

One thing is for certain: If politicians keep doling out hotly contested bits of historical trivia for pundits and viewers to passionately dissect for the purposes of defending or supporting said politicians, all of America will continue receiving quite an in-depth lesson in our nation’s short but storied history. And, thus, we all win.