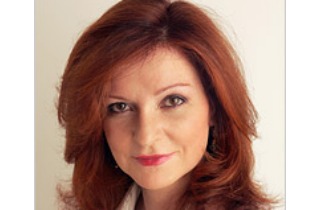 Serious questions: what’s the difference between a good Maureen Dowd column and a bad one? Which one is this?

In Sunday’s column the longtime Clinton watcher diagnosed Hillary Clinton’s “overcorrection” problem, in which she repeatedly reforges her personality in an outsized response to the previous iteration. Dowd argued that Clinton first tried to be a “macho man” by voting for the Iraq War and sounding tough on terror, a move that backfired in the 2008 primaries — not, mind you, because she’d supported a gratuitous and disastrous war, but because the gender dynamic had capsized her image:

Hillary saw the foolishness of acting like a masculine woman defending the Iraq invasion after she fell behind to a feminized man denouncing it. After losing Iowa and watching New Hampshire slip away to the tyro, Barack Obama, Hillary cracked. She misted up, talking to a group of voters in New Hampshire when a woman asked her how she kept going, while staying “upbeat and so wonderful.”

Her aides thought the flash of tears would be a disaster, that she would seem weak. But it was a triumph because she seemed real.

Now, Dowd argued, “she has zagged too far in the opposite direction, presenting herself as a sweet, docile granny in a Scooby van, so self-effacing she made only a cameo in her own gauzy, demographically pandering presidential campaign announcement video and mentioned no issues on her campaign’s website.”

Dowd’s solution: Clinton should follow Tina Fey’s and Amy Poehler’s 2008 SNL skit about how “bitches get things done,” admittedly a classic in the genre, whatever genre that may be.

Dowd has a long history of chiding reality for not living up to its pop culture version; that the latter is fictional representation of the contingent world is apparently a column for another day.