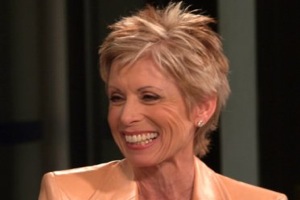 Yesterday, after Dr. Laura‘s strange, n-word laden rant took the blogosphere by storm, progressive watchdog group Media Matters demanded advertisers boycott her program. The boycott is a fairly typical move on their part, but in light of this summer’s unexpected Civil Rights Act debate, the fight against public racism raises another question: Is this what Rand Paul was talking about when he said the free market could single-handedly eradicate racism?

The statement from MMFA president Eric Burns is slightly more forceful than the kind of talk one would expect from the kind of libertarian that would feel queasy about the Civil Rights Act, but, nonetheless, there is some common ground:

“Dr. Laura’s offensive outburst provided listeners with a window into her true beliefs about race in America. By deliberately choosing to sponsor her program, Dr. Laura’s advertisers are not only funding her offensive radio show, but are implicitly endorsing its content. Companies must demonstrate that they won’t tolerate bigotry and immediately stop advertising on her show.”

Media Matters is the kind of place where calls for boycotts are almost expected– their mission is to find things in the media that they find offensive and direct attention to them, so it comes with the territory. And there are many boycotts that don’t go too far due to the inevitable “boy who cried wolf” reaction that comes with calling for them a little too often, or because advertisers just use loopholes to keep advertising on a network without doing so on the same program (think Glenn Beck— show loses advertising, but Fox News didn’t claim to lose too much money).

The underlying principle of this boycott, however, is different. It’s not a call for the FCC to take her off the air, or for viewers to abandon her, nor is it based solely on the sensitive opinion of any one writer or reporter. It is simply a statement that patronage of the program is patronage of the kind of behavior she displayed earlier in the week, telling a caller who had expressed concern with her neighbor’s racist statements about her interracial marriage that if she felt uncomfortable, she should not have “married outside her race”– which, in some ways, could be interpreted as Dr. Laura refusing to properly serve a black customer in her business (refusing to adequately answer her question).

Which brings us back to Rand Paul. Again, Paul fans aren’t going to be too happy with the “must demonstrate” part of Burns’ statement. Companies don’t really have to demonstrate anything by force, they’ll say, but there should be consequences for companies who sponsor her from consumers who feel uncomfortable with the goings-on on her program. In fact, time and again during the barrage against Paul, he reiterated the same principles: “I don’t want to be associated with those people, but I also don’t want to limit their speech in any way,” he told Rachel Maddow. He said the same to Neil Cavuto shortly after that. As Dave Weigel so succinctly put it at the time:

Paul believes, as many conservatives believe, that the government should ban bias in all of its institutions but cannot intervene in the policies of private businesses. Those businesses, as Paul argues, take a risk by maintaining, in this example, racist policies. Patrons can decide whether or not to give them their money, or whether or not to make a fuss about their policies.

So if Dr. Laura’s program is a business (and, if it’s making money, why wouldn’t it be), then Media Matters is adhering to this exact interpretation of freedom of speech in private businesses: it’s not that the government should ban bias, but, as a society that values tolerance, Americans should not patronize a business in conflict with their values.

Chances are that the people who supported Rand Paul during his first media battle will not jump on the Media Matters bandwagon, based on their reputation alone. It’s unfortunate, but that is often the way the political media complex functions. Should they opt to take a look at the principles behind this boycott, however, they’d find the progressive organization has taken a sharp turn for the libertarian.