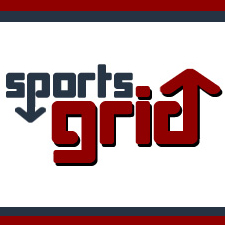 The Mediaite family is launching a new sports website tomorrow called SportsGrid, for which I am an Assistant Editor, and I guess I should feel guilty about it.

Guilt because, in the process of helping to bring this site to fruition, I have become a willing participant in peddling sports smut to the eager masses.

In the most extreme cases, we can be found tracking the number of foul balls hit off of a pitcher every year. On the whole, we play too many fantasy sports, with complicated formulas. I am proudly one of these geeks.

Now, conversely, others follow sports for the culture of it. These people tend to pay as much attention to the peripheral, gossipy aspects of sports as the games themselves. They care about the scores, but also as much about which sports anchor accidentally dropped an F bomb on their favorite highlight show. Obsessed with hype, and finding the next big thing, they have short attention spans. The truth is that I am also one of these people.

SportsGrid is for people like me, the fantasy nerd who also follows the running soap operas on and off the field. This is because it not only tracks on-field stats, but the markers of hype that make sports a larger cultural phenomenon – media mentions, internet buzz, and TV airtime will figure into the SportsGrid ranks.

How does this differ from the Mediaite’s Power Grid rankings? Its way bigger, more complex and will likely start far more barstool debates – after all, sports fans admit their addiction to rankings, hype and stats. Media folks at least have to publicly claim that they don’t care (although our traffic stats say otherwise.)

So stay tuned for tomorrow’s big launch. I hope you check it out and geek out with me. Perhaps that will alleviate my guilt!