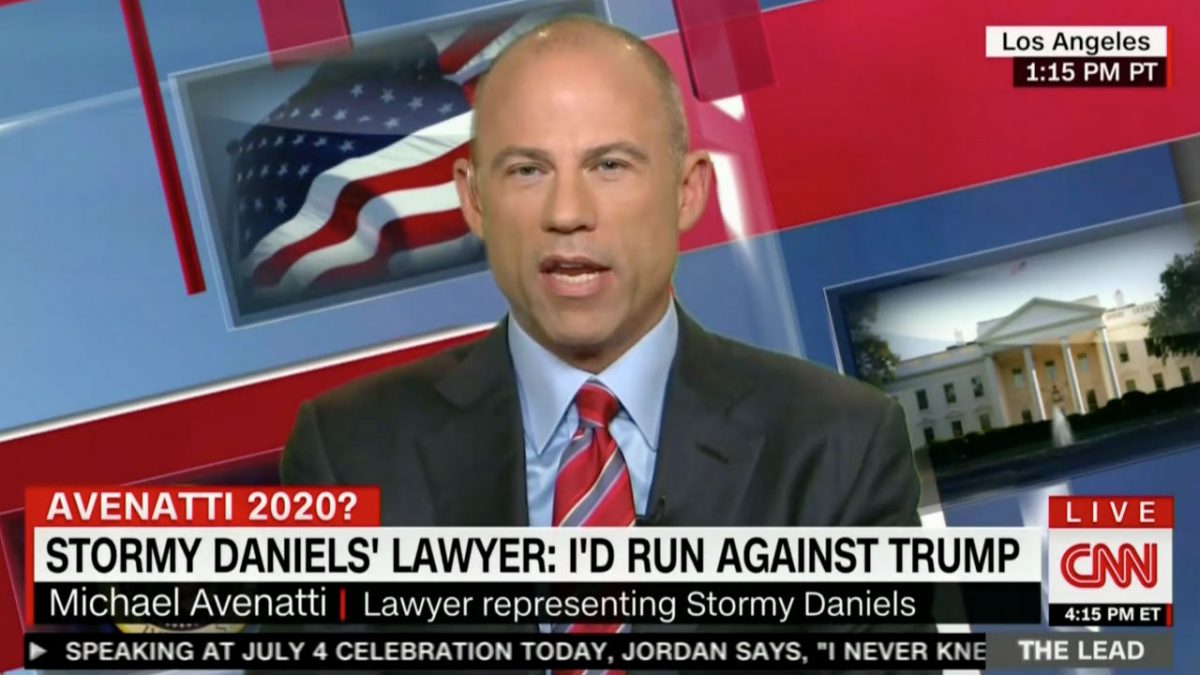 As we reported earlier this week, Stormy Daniels lawyer Michael Avenatti is now openly talking about running for President in 2020.

He has said he’ll only do it if no one else with a real chance of beating Trump gets into the race, but Avenatti is now workshopping some give-him-a-taste-of-his-own-medicine.

Con Man Trump claims to be so incredible at getting things done and yet he cannot reunite 2,500 children with their parents?!?! He has to ask for more time to comply with a simple order?!?! Show some heart, get off the golf course and do your job. NOW! #FightClub #Basta

Donald Trump has been giving nicknames for years. Let’s see if he can take one. Which of these should we use going forward?

In the past few days, Avenatti has gone after the Trump administration on issues like Roe v Wade, trade, and family separations:

Solidly pro choice. Would never nominate a justice to the SCOTUS who did not believe in Roe or who would seek to outlaw same sex marriage. Fully support equality for women & people of all races, & gay rights. We don't separate families at the border. And we don't kiss-up to Putin

I believe in being tough on trade but let’s not be stupid in how we address the issue. Even some of Mr. Trump’s own supporters are sounding the alarm bells. This childish bravado will ultimately cost Americans jobs. #FightClub #Basta

Weeks have gone by and Mr. Trump is doing very little to reunite families. We have seen no movement on the 60+ families we represent. Trump is hoping you simply forget and move on. We are doing everything we can to reunite these mothers with their children. It must happen NOW.