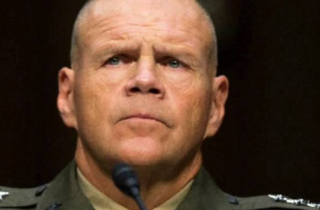 When answering a question from Senator Claire McCaskill in a Senate Committee on Armed Services hearing, Marine Corps Commandant General Robert Neller and Army Chief of Staff General Mark Milley did something no military leader has ever done before: They went on record saying that Congress should look into expanding the selective service to include women.

According to The Daily Caller, in the past, officials who have been asked this question declined to answer, claiming it would need further research. Now that combat roles have been opened to all genders, that research seems to have been concluded and conclusive. The mandate opening the roles to women was made last December and the hearing during which the question was asked took place to work out the best methods of implementation.

Neller said that every American woman who is physically qualified should register for the draft at 18, just as men do now. As the current system stands, men between 18 and 26 are required to sign up for a draft in the event the United States needs more defensive forces. Milley backed him up, stating that all men and women should be required to sign up, as did McCaskill, who called it “the right thing going forward.”

It was an uphill battle to get women clearance for combat roles and responses from other military leaders showed that the topic is still very contentious.

Neither Navy Secretary Ray Mabus nor Under Secretary of the Army Patrick Murphy gave definitive answers regarding their opinion on the matter. Rather, they both feebly said the matter should come down to a national debate.