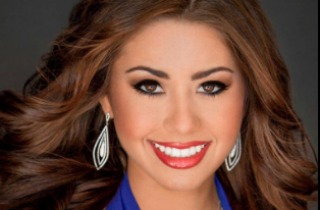 Moore has condemned Donald Trump‘s inflammatory rhetoric on numerous occasions, and the filmmaker’s most recent stand against the mogul was when he stood outside Trump Tower and held a sign saying “We Are All Muslims.” While Moore’s received some traction online, Velez was much more disapproving, and directed her ire towards the director and Islam in general.

While Velez has shut down all of her social media accounts, Daily Caller kept record of what she said. 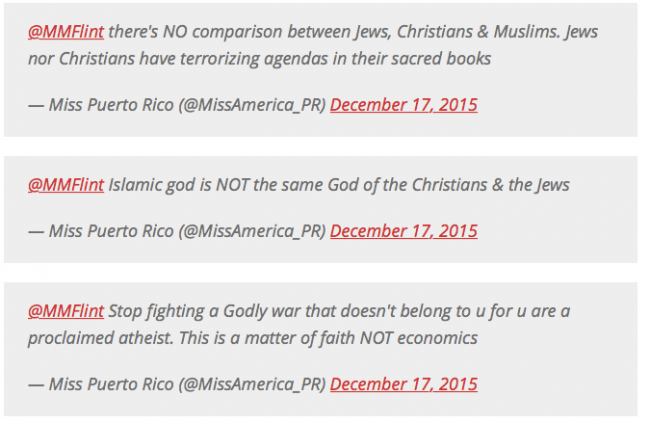 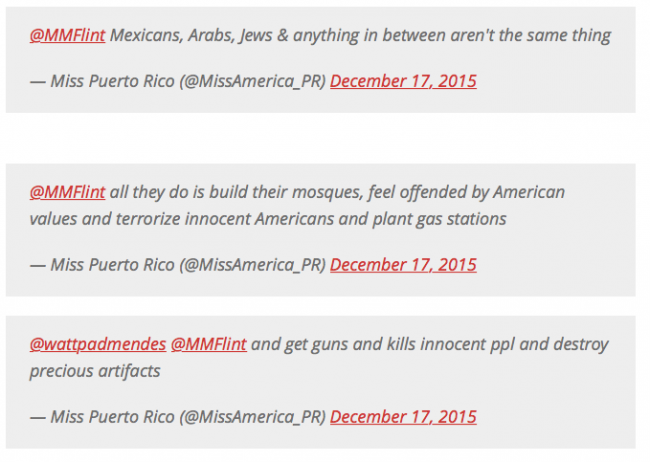 In the midst of negative feedback, the Miss Puerto Rico Organization issued a press release, saying that Velez was “suspended indefinitely.”

On the Miss Puerto Rico Twitter account, the organization has since posted several tweets saying that Velez told them that she regretted what she said:

“I apologize to the people I have offended with my words. I am first and foremost an #UpStander and as such I stand up against…

I apologize to anyone who felt offended with my words,”… said Miss Velez.