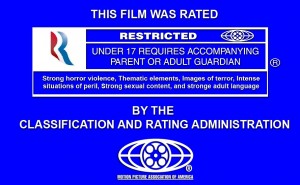 One of the main attacks on Republican presidential candidate Mitt Romney is that he appears not to have any principles, nor the ability to even stick to the principles he claims to have. There are at least two exceptions to this, one of them being his steadfast refusal to release more than two years of his tax returns. The way he acted on the other strongly held principle, during his days as a Bain Capital executive, explains a lot about the candidate.

Romney’s big defense against charges that he was responsible for outsourcing and offshoring jobs while at Bain Capital is that, while he remained the firm’s owner, CEO, sole shareholder, and every other synonym for “guy in charge” you can think of, he wasn’t actually in charge. What he’s never even tried to assert is that he ever objected to outsourcing, or instructed his company not to engage in it.

However, there are some lines that Mitt Romney simply would not cross as a businessman. According to a 2007 Boston Globe article, one such line is profiting from R-rated movies:

In 1997, he balked again, at the acquisition of a Los Angeles video distributor and movie producer that would be renamed Artisan Entertainment and become famous for producing the movie ”The Blair Witch Project.”

Romney worried that Bain Capital’s image would suffer from the perception it ”had gone Hollywood,” according to Rehnert, the Bain partner who proposed he deal.

Romney had another problem. The studio had an extensive library of R-rated films, which the Mormon Church discourages its members from watching.

The paper even quotes Romney as saying ”I didn’t want to profit from a studio that made R-rated movies.”

Now, a lot of you may be snickering and saying “Yeah, and you better watch out for pool halls and that demon jazz music,” but it’s actually admirable to have such a deeply-held conviction. It also means Romney has probably never seen Reservoir Dogs, which is a damn shame.

For all anyone knows, though, it’s possible Romney worked hard behind the scenes to get Marriott to change their policy, and given his objection to R-rated movies, I’d even call it likely.

All of this does beg the question, though, of why Romney was so quick to object to R-rated movies, but hasn’t ever seemed to object to Bain Capital’s outsourcing and offshoring. Indeed, he even seems to stand by it.

If his handling of the R-rated movie deal is any indication, however, it wouldn’t have made much of a difference if he had objected, even from a deep, moral place. Here’s how Romney handled the quandary:

Rehnert calmed Romney’s image concerns by enlisting a Chicago firm to join the deal, sharing the risk and deflecting attention from Bain.

Romney, balancing his duty to make money for his investors with his religious beliefs, let the deal go through, but declined to co-invest his own money, which partners usually did.

”I didn’t want to profit from a studio that made R-rated movies,” Romney said recently.

By the time Bain Capital sold its interest in Artisan in 1999, it had more than tripled its investment.

So, while Romney wouldn’t watch Reservoir Dogs, he still made money off of it, he just wouldn’t invest his own money. It has all the nobility of Judas only using his thirty pieces of silver to buy free-range poultry.

If Mitt Romney is able to navigate a loophole around his own religion, what hope do you think the IRS, or the American people, have of nailing him down?