Mitt Romney Is A Mormon, Get Over It

Mitt Romney Is A Mormon, Get Over It 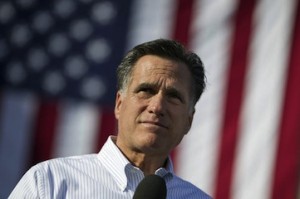 Resistance to voting for a Mormon presidential candidate has remained virtually the same for 45 years, a Gallup poll released Thursday shows. Eighteen percent of respondents said they would not vote for “a well-qualified presidential candidate who happens to be Mormon.” In 1967, when Mormon and Republican presidential candidate Mitt Romney‘s father, George Romney, was running for president, 17 percent said they wouldn’t vote for a Mormon. Today, countless headlines, magazine covers and news segments have been devoted to Romney and his religion, yet reporters are still finding things to talk about. Romney is a Mormon. We get it. Can we move on now?

The many stories are based on statistics that haven’t changed in years. Gallup said resistance to a Mormon candidate is an anomaly. Since 1967, polling has shows resistance to a candidate who happens to be black, female or Jewish has declined while that figure for a Mormon has hovered around 19 percent.

Although resistance to a Mormon candidate has remained the same for nearly half a century, the public’s interest in the religion has grown. Michael Otterson, spokesman for the Church of Jesus Christ of Latter-day Saints, told the Daily Beast the Church’s public affairs department has been “consumed” by media requests. The Church hired extra staff to handle the increase, colleagues joke about who gets the most sleep and Otterson goes to great lengths to remind reporters of the Church’s political neutrality.

Unfortunately, it doesn’t seem like the media has any plans to curb its Mormon obsession. While 57 percent of respondents in the Gallup poll identified Romney’s religion, a third didn’t know, and the rest gave an incorrect response. Add that to the number of Americans who won’t be paying careful attention to presidential politics until closer to the election, and these same stories could easily be rewritten for a new audience.

Hopefully, if these same topics are rehashed, they’ll be covered responsibly. Otterson said reporters’ understanding of the faith has improved since Romney’s campaign in 2008. “We’re not getting as many dumb questions,” he said. A more common problem, however, is linking Romney to various aspects of the Church’s history which have nothing to do with his campaign or policies.

In May,The Washington Post published a story about a 155-year-old massacre where a wagon train from Arkansas was attacked by a group of Mormons and how that affected Romney’s chances in the state. It turned out descendants of the massacre victims and other voters in the area were more concerned with ousting President Barack Obama than with Romney’s religion.

Not only are there no meaningful connections between the massacre and Romney’s campaign or policies, but the event is an anomaly in LDS Church history, not in any way central to how Romney identifies himself as a Mormon. Mormons have historically been on the receiving end of persecution, being driven out of Missouri in 1838 by an extermination order issued by the governor and facing the assassination of their founding prophet, Joseph Smith, six years later.

Questions have been raised about whether Romney’s polygamist ancestors or the LDS Church not allowing black members to hold the priesthood until 1978 would affect him at the polls, and the answer the Gallup poll appears to give: not any more than it would have 45 years ago. Until voter discrimination towards Mormons drops the way it has for blacks, women and Jews, these questions will continue to be asked of Romney and any other Mormon presidential candidates while providing no real insight to what their administration would be like.

Voters like to know about candidate’s faith because it gives a peek into their personal life and character. Reporting on what the LDS Church teaches its members about how to live their lives says more about Romney, any future Mormon presidential candidate, and other Mormon elected officials from Democratic Majority Leader Sen. Harry Reid to the 14 other Mormons serving in Congress, than reporting on a 155-year-old massacre ever will.