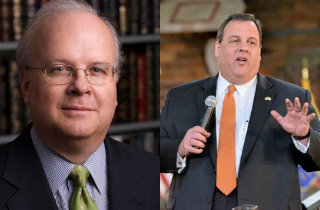 Every a.m., Mediaite publishes a primer of what the interweb machine is writing, talking, tweeting, and blogging about, so that you may fool friends and family into thinking you are a trove of information and insight. Today: outside money could be the GOP’s golden ticket, Obama’s new push for overtime protection, Wall Street needs a new Chris Christie, and more.

In the race to grab “takeaways” from yesterday’s GOP victory in FL-13 special election, this one may be the most potent and portable: the extent to which the Republican Party was able to compensate for a lackluster candidate via outside money.

“GOP groups flooded the race with about $5 million, compensating for Jolly’s weak fundraising and lackluster campaign. Buoyed by a political environment favoring Republicans, the outside organizations worked in harmony, complementing one another’s tactics in a successful outing that followed a quiet 2013 and a disappointing 2012.

“‘The Florida CD-13 special was an important test market and there was unprecedented cooperation among outside groups,’ said Steven Law, CEO of American Crossroads, a conservative group that spent about $500,000 to help Jolly. ‘We intend to keep refining these lessons as we prepare for the fall elections.'”

Meanwhile, the collapse of Chris Christie as a moderate 2016 frontrunner (however accurate or in- that image ever was) has caused Wall Street donors to speed date for a replacement:

“As investigations slow Chris Christie, whose backers have included a troop of billionaires, donors are looking for a candidate who can replace the constraints they detest with appreciation they think is due.

“That’s led to fervor for Jeb Bush, admiration for Wisconsin Governor Scott Walker and even flirtation with Tea Party senators, according to more than a dozen interviews with fund managers, bankers and investors who open wallets for politics.”

[snip] “The establishment is now looking for another favorite,” said Greg Valliere, chief political strategist for Washington-based Potomac Research Group, which analyzes policy for investors. “And by the establishment, I mean Wall Street.”

Obama will seek this week to expand protection for overtime pay:

“The president will direct the Labor Department to revamp its regulations to require overtime pay for several million additional fast-food managers, loan officers, computer technicians and others whom many businesses currently classify as “executive or professional” employees to avoid paying them overtime, according to White House officials briefed on the announcement.”

“’There’s no such thing as a free lunch,’ said Daniel Mitchell, a senior fellow with the Cato Institute, who warned that employers might cut pay or use fewer workers. ‘If they push through something to make a certain class of workers more expensive, something will happen to adjust.’”

The gains are made mostly among those looking for an excuse not to haul down to the polling place:

“Further analysis suggests that, unsurprisingly, ‘the end of Daylight Savings Time matters more for those who do not habitually vote.’ It’s the marginal voters who base their decision to vote or not to vote on how tired they feel.”

On the other hand, winter can go to hell.