My Assessment of Brian Williams: How One Past Incident Forever Shapes My Point of View 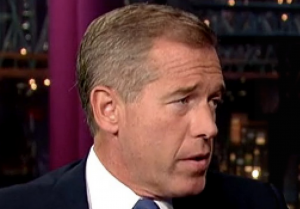 Five years ago, I tossed up a poll question: “Which news anchor bears the closest resemblance to William Hurt’s character in the 1980s movie Broadcast News?” At the time I said I was in a mischievous mood but the truth was I was on a fishing expedition. I wanted to see how much of what I observed as a news connoisseur was observed by others or whether my intuition and appraisal of certain news talents were views shared by others. I didn’t give away who I voted for because I didn’t want to pollute the results.

Like a lot of people I remember Brian Williams from his White House days and his days at MSNBC. But those are such tightly controlled environments. I really got my first real taste of Williams in the Iraq War and what he did there left an indelible mark that I have never been able to shake. I have told this story before.

At the start of the war there was the big “shock and awe” bombing campaign where command and control facilities were strategically and precisely taken out with big bombs. I had been channel hopping through the coverage but happened to be on MSNBC. Williams was reporting from Kuwait at the time and he made a comment, the precise verbiage escapes me and I haven’t been able to find a direct quote online except this one, that this was like Dresden.

Dresden, wholesale carpet bombing of a city with little intrinsic military value. Shock and Awe; targeted controlled bombing of command and control facilities of high military value. Two events that could not be more disparate in their goals and methods.

My jaw hit the floor. How could he possibly say that? How could he possibly think that? Did he not know what Dresden was? Was he trying to toss out jargon to make himself look smart without understanding the nature of the jargon being tossed? And is anyone at the Pentagon watching this broadcast?

I don’t know whether there were other references to Dresden made in the media in the first few days of the war. I do know that Don Rumsfeld held a presser either the next day or the day after and he went out of his way to chastise those who made Dresden allusions. I always considered it a direct rebuke of Williams but honestly it could have been a rebuke of anyone and there’s no way to know for sure without asking Rumsfeld.

I do sometimes wonder what would have happened to Williams career had he already been Nightly News anchor instead of merely a reporter for NBC/MSNBC.

But that one incident revealed a lot to me about Brian Williams. I know he was White House correspondent and heir apparent to Tom Brokaw but that was a bush league move a lightweight out of his depth newbie would make.

>> READ ON TO NEXT PAGE HERE