New York Pastors Speak Out Against Sharpton: Too Busy ‘Jet-Setting’ to Tackle Poverty

New York Pastors Speak Out Against Sharpton: Too Busy ‘Jet-Setting’ to Tackle Poverty 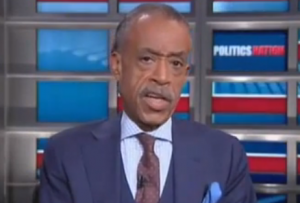 Al Sharpton is coming under fire from four Harlem pastors for not doing enough to deal with issues affecting New Yorkers. They say between Sharpton’s MSNBC show PoliticsNation and promoting his new book The Rejected Stone, he’s more focused on boosting his own profile than tackling the issues.

Sharpton has focused on a number of high-profile race issues in the country on his MSNBC show, especially the George Zimmerman case, but these four Harlem pastors say Sharpton has neglected issues the black community faces in his own neighborhood.

“While (Sharpton) is jet-setting around the country, people are going to our churches saying they don’t have money to eat,” the Dallas native said. “People need somebody to fight for them…”

Sharpton’s critics were also bothered by how Republican New York City mayoral candidate Joe Lhota held a private meeting with Sharpton a few weeks ago. As Green put it, “Lhota is running to Al Sharpton like he is the leader of the black community. He’s not.”