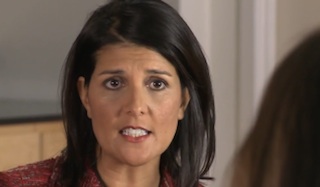 A false March 29 report that South Carolina Governor Nikki Haley was on the brink of being indicted emerged on a blog called the Palmetto Public Record and traveled far and wide across the political blogosphere. The report lacked validity and has since been a cautionary tale in our “publish first, ask questions later” media landscape, The New York Times‘ Jeremy Peters reports. Haley — who was considered a top Republican Vice Presidential pick — fears the erroneous report may have done “lasting damage to her reputation.”

Peters chronicled how the lie traveled quickly around the internet, breathlessly reported by multiple online sources before being vetted:

12:54 p.m.: A blogger for The Hill, a Washington newspaper that focuses on government and politics, sends a Twitter post about the article to his 1,500 followers” BuzzFeed reposts two minutes later; The Washington Post 18 minutes after that.

1:03 p.m.: The Daily Beast posts a short article, which it later removes, about the Palmetto Public Record report, becoming one of many online outlets to write lengthier items, including Daily Kos and The Daily Caller.

1:22 p.m.: The Romney campaign, which is reported to be considering Ms. Haley as one of many possible vice-presidential choices, receives a request for comment from ABC News.

1:25 p.m.: Mr. Smith seems bemused by all the attention his report is getting, posting on Twitter: “Well, now I know what it’s like to watch a story go viral in real time.”

Peters reports while many wrote updates to the story e.g. “Haley Denies Report”, few apologized for promulgating the false report. Notably, he points out, Tucker Carlson, editor in chief of The Daily Caller, apologized personally to Haley.