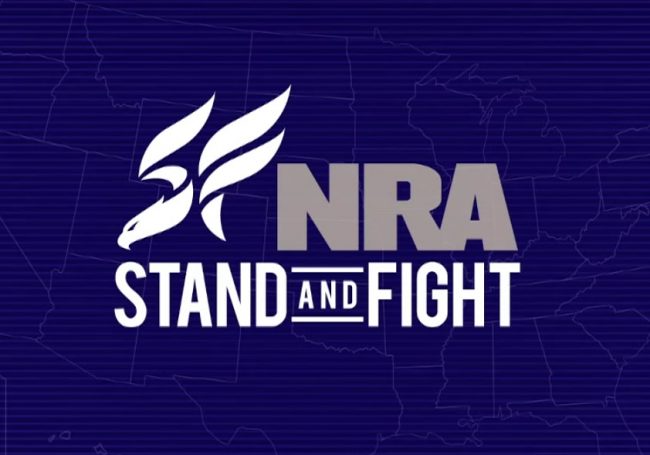 Well if this isn’t a slippery slope, I don’t know what is.

In what can only be described as an attack on our Second Amendment rights, the secret service has reportedly banned attendees from carrying firearms into the convention hall where President Donald Trump intends to address the NRA later today.

Forget Obama’s effort to increase background checks (which were reasonably presented as a way to take ALL guns away) THIS is much worse, and I suspect that the true believers in the NRA will do the right thing and either boycott the speech or force their guns to be pried from their “cold, dead hands.”

During his campaign, President Trump and the National Rifle Association developed a predictably cozy relationship. So it should come as no surprise that a top priority for the new president would be to speak to the NRA at their spring convention today in Atlanta.

NRA chief Wayne LaPierre — and the consistently nuanced and charming Dana Loesch — have long been critics of any government effort to limit gun ownership and possession. So, it’s clearly just a matter of time before they each catch wind of this outrage and, literally, engage in a call for arms. Right?!

After all, under the previous administration, the NRA consistently put out the message that President Barack Obama was actively trying to take guns away from citizens and defying the second amendment of the constitution. In fact, there were many efforts to increase regulations for gun purchasing via increased background checks, etc, but no effective legislation passed under Obama’s leadership.

Gun ownership actually increased significantly, almost as if the ginned-up fears about guns being seized were, in fact, an attempt to increase firearm sales by some secretive gun lobby.

But if there is one simple truth about the Second Amendment it’s this: guns don’t kill people, people do. This is why the Secret Service, the NRA and President Trump should have zero fear of NRA members carrying guns — especially to their own gathering. As we all know, every member of the NRA is a reasonable and psychologically balanced individual.

I gather the other side of the argument is that guns are dangerous, we don’t live in a perfect world, bad things happen, and why risk the security of the leader of the free world (or anyone else for that matter) by providing any random individual the means to take a life away on a whim.