No, That Trump/Russia Dossier Isn’t an Elaborate 4chan Hoax
Opinion

No, That Trump/Russia Dossier Isn’t an Elaborate 4chan Hoax 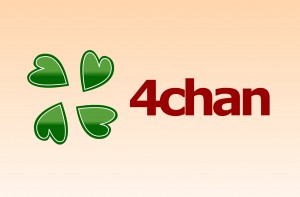 Despite rumors being spread on pro-Donald Trump and alt right websites, there is no evidence that the document posted by Buzzfeed detailing a supposed link between Trump and Russia is an elaborate 4chan hoax.

Townhall, for example, published a piece titled “Did 4Chan Troll The CIA?” which was later picked up by the Drudge Report alongside posts from conspiratorial and alt-right sites. By Wednesday, it was gospel among the Trump faithful that 4chan was behind it all.

Our intelligence literally got trolled by 4chan. And the news media published it. No credibility left. #GoldenShowers

While we’ve witnessed a number of exemplary Media trolls over the past year, 4chan takes the big league trophy. #GoldenShowers

It’s now finally being revealed that the #GoldenShowerGate was a 4chan prank. WOW you Liberals should feel like a bunch of dumbasses!

But the notion that 4chan was the source for the memo or any of the information in it is more than just baseless– it’s easily disproved.

The supposed “proof” for the 4chan genesis theory was a November 1 post on 4chan’s /pol/ board in which an anonymous user claimed he gave Republican “Never Trump” operative Rick Wilson a fake story about Trump and Russian spies.

That’s certainly vague to begin with, but note the date: November 1. Mother Jones was reporting on the memo as early as October 30. In a tweet, MJ’s David Corn confirmed that the memo published by Buzzfeed was the same one he received… before the supposed trolling.

More to the point, everything we know about the memo’s source from CNN and The New York Times contradicts the notion that it could possibly be 4chan or Wilson. According to those outlets:

Some /pol/lacks (uh, their term, not mine) have gotten around these inconvenient facts by claiming Wilson used independent presidential candidate Evan McMullin as an intermediary. But again, McMullin is ex-CIA, not MI6.

Wilson himself came out and bluntly said he wasn’t Buzzfeed’s source. “I’ll settle it this way; if — arguendo — I had been their source, I hereby release the authors of the story, its editors, and BuzzFeed generally from any off-the-record/background protections of anonymity I would have asked for,” he said. Since Buzzfeed hasn’t subsequently come out and named Wilson as their source, it seems likely it wasn’t him.

Does that mean the memo is accurate? That’s still inconclusive. But what is conclusive is that the intelligence community knows enough about the source of the allegations to consider them credible and worth investigating, and that some anonymous guy on 4chan almost certainly had nothing to do with it.

Will that stop Drudge, the alt-right, 4chan, Trump, and his supporters from claiming otherwise? Of course not.