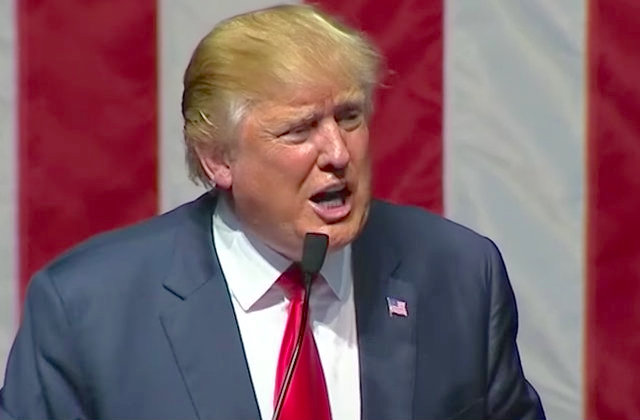 A morning after he held a campaign-style rally in which he railed against the “fake news” media while bashing everything else from the White House Correspondents’ Dinner to Hillary Clinton, President Donald Trump took to his favorite form of communication to deliver a message about Democrats and health care.

In a relatively short tweetstorm, the president went after the Democratic Party and the Affordable Care Act, while celebrating his Pennsylvania rally:

The Democrats, without a leader, have become the party of obstruction.They are only interested in themselves and not in what's best for U.S.

You can't compare anything to ObamaCare because ObamaCare is dead. Dems want billions to go to Insurance Companies to bail out donors….New

…healthcare plan is on its way. Will have much lower premiums & deductibles while at the same time taking care of pre-existing conditions!

In late March, the Republican health care plan to replace Obamacare was pulled from a House floor vote due to lack of support in the GOP caucus. Last week, Republicans were looking to vote on the plan again with a new amendment added but weren’t able to gather enough votes for it to pass to bring it to the floor.