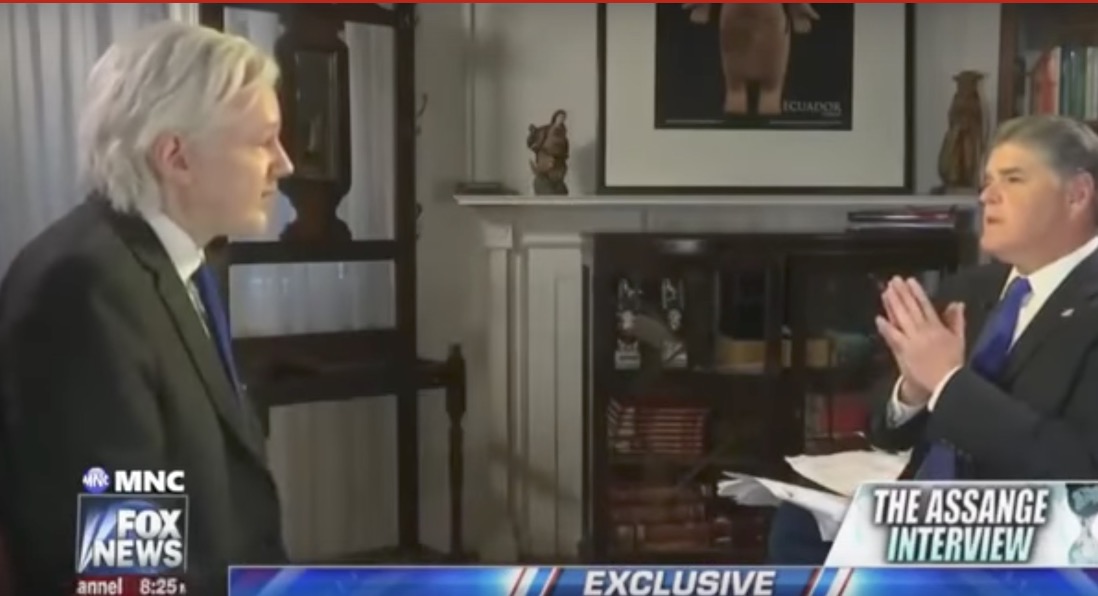 A new report indicates that Wikileaks chief Julian Assange was tricked into corresponding with a writer from Texas under the assumption that he was messaging Sean Hannity.

The Fox host’s Twitter account was temporarily shut down over the weekend, which prompted Dell Gilliam to create a fake account that actually managed to get a sizable following in the last few days. The Daily Beast reports that after Gilliam kept up the charade for a few hours, she ended up getting a direct message from Assange, who suggested that he was about to send some interesting information about Senator Mark Warner (D-VI).

Here’s a screenshot from the ensuing conversation, via reporter Ben Collins:

This exchange between Assange and an impressive Sean Hannity imposter—who duped celebrities like Chrissy Teigen, too—shows Assange has at least tried to launder intel once to Hannity.

The "other channels" line could mean it wasn't the first time.https://t.co/UACU8z6P0D pic.twitter.com/2Bsz0HBbmD

Warner recently attracted media attention after he told reporters that the Senate Intelligence Committee obtained a trove of new documents at the end of last year, which will open a new dimension for the investigations into Russian election meddling. In the meantime, the real Hannity is back on Twitter after the social media website said that his account was “briefly compromised” in the last few days.

The epitome of #FakeNews. Literally a fake account, a fake persona, and this is what the destroy Trump media writes about? MEDIA IS MISSING THE BIGGEST STORY IN THE POLITICAL WORLD. Truth and facts tonight on Hannity 9 est Foxnews. Tick tock!! https://t.co/6APtqvn5MV