Palin In Comparison: To Maximize Investment, Fox Needs to Change Game For Sarah 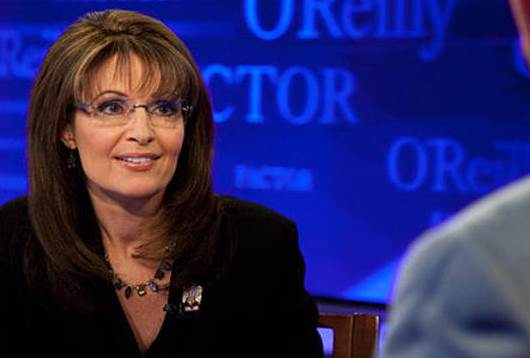 For all her shortcomings and all her talent, one thing is certain:

The love and hate for Palin—depending on which camp you’re in—gives her a gift few possess: The ability to generate a reaction, good or bad. Despite her rising unfavorable ratings (58% unfavorable in the latest CNN/ORC poll…a 37-point rise since her 2008 RNC speech), she’s authored two best-sellers, and was named to Time’s “100 Most Influential People,” albeit in 2010.

As you may have heard, Ms. Palin just re-signed with Fox after the two broke up five months ago. But before we continue, the usual disclaimer: I’m not here to argue about Palin’s positions on XYZ. If you prefer to do so, there’s a friendly comments section below to share perspective.

Instead, let’s analyze the following:

Was Palin effective in her contributor role after Fox hired her in 2010?

Answer: No. Even many of supporters would agree that her guest spots on The O’Reilly Factor were, well…awkward. You can feel the host growing impatient with the former VP candidate as she ran off the usual generic talking points when answering a question. In short, Palin offered up practically nothing unique, nothing original.

And during her spots with Sean Hannity, it was an MSNBC-esque echo chamber, Republican style. Sean makes a point, Sarah expands on point. Sean compliments Sarah, Sarah returns the favor. Like a lawyer examining a client on the stand, the Hannity-Palin dynamic was invariably conflict-free, predictable, and tedious.

In other words, everything Palin wasn’t on the 2008 campaign trail.

So did Palin suddenly forget how to be…Palin? Of course not. Like boxing, good TV is all about styles and matchups. And if Roger Ailes wants to get the most out of his million-dollar contributor, he should try to remember what her biggest weakness was on the campaign trail.

No, it certainly wasn’t the speeches, which included one extraordinary, extemporaneous performance with a dead teleprompter at the 2008 GOP Convention. And it wasn’t all the glad-handing working the rope line at campaign events. As seen in HBO’s cartoonish version of the best-selling Game Change, even that movie couldn’t spin down Palin’s performances here. Simply put, she knows how to connect with people in these formats.

Where she’s seems uncomfortable, where she loses her moxie, is when she’s being interviewed, particularly remotely.

And that’s not to say remote hits are easy. In short, remotes consist of an IFB (earpiece to hear the interviewer/host) while eye contact—the non-verbal cues that go along with them—ceases to exist. The interviewee is forced to answer into a blank camera with millions watch at home. And for some, nothing can feel less natural.

But with Palin, the shortfalls here aren’t really about technology and format. Instead, it’s the hard fact that the 49-year-old has never played the role of interviewee well.

Many would argue that the turning point during her introduction to the country—the impression that was impossible to recover from in terms of her qualifications—came after the now-infamous Katie Couric interview. Of course, Palin never did say she could see Russia from her house, but the conversation went so poorly, she might as well have. In the end, Tina Fey’s imitation on SNL a few nights later was so dead-on that people even today still can’t separate the Fey-as-Palin Couric interview with the real thing.

Having said that, while Palin is more prepared than she was five years ago, it’s still not must-see-TV when she joins the likes of O’Reilly, Hannity, Greta…or any other show on Fox. Why? Because the hosts—unlike with other guests/contributors they’re more than happy to engage—mostly treat her with kid gloves. And even with the softball questions, Palin generally plays it safe (exceptions have been made, but few and far between).

So what’s the right role for her?

For starters, why not give her a show to host on Fox Business?

Palin Program Format: Minus the musical number, Huckabee 2.0, by half. A monologue followed by a folksy, extended interview with (insert conservative guests here).

Expectation: If the show can do a 20 in the demo, you’ve more than doubled your audience.

Or simply have her co-host Huckabee’s show: Friendly audience, easy format, good place for her to be herself.

Another idea is to have Palin rotate into The Five on Fridays. By splitting the pie five ways via five co-hosts and placing her in a free-wheeling conversational format, the pressure will be off. Again, she can just be herself…instead of the pseudo-scripted version that still performs like a B-list guest.

Sarah Palin is back on Fox.

If the choices are (A) CNN, (B) MSNBC and (C) FOX, option C will always be the only option.

But for the network to get the most out of their investment, they need to invest her time differently than the first time around.