Pamela Geller Is a ‘Social Liberal,’ Agrees with Lindsey Graham on One Point

Pamela Geller Is a ‘Social Liberal,’ Agrees with Lindsey Graham on One Point 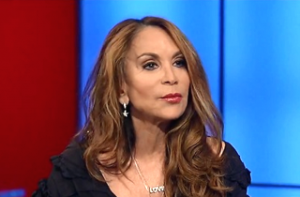 As a newly-minted GOP presidential candidate, Sen. Lindsey Graham (R-SC) caused some controversy in Iowa over the weekend via his interview with CNN’s Dana Bash. Asked for his thoughts on Caitlyn Jenner‘s coming out (both in terms of gender and political affiliation), Graham welcomed her into his “big tent” vision of the Republican Party, united on all fronts in fighting Islamic jihad abroad. On this point, it turns out Graham has an ally that might surprise the media: Pamela Geller.

Of course, much of Graham’s campaign is based on an unabashed belief in the power of a strong American military defeating the threat posed by radical Islamists — something on which Geller unequivocally agrees. Going further, however, Graham took the position that his philosophy is one Jenner could fully support, telling CNN, “[I]n the eyes of radical Islam, they hate you as much as they hate Caitlyn Jenner. They hate us all because we won’t agree to their view of religion. So America, we are all in this together.”

“I don’t agree with Graham on much, but his point was sound in this,” Geller told Mediaite by email.

In fact, Geller told us: “I am liberal on social issues.”

On a somewhat related note, Geller suggested that the media dismisses her as an “extremist” at least partially because of her gender. “It must be said that [the media] are little better with my male colleagues who share my views,” she said.

“I am working in defense of freedom,” she added. “If the media thinks that is ‘extreme,’ it reflects poorly on them, not on me.”