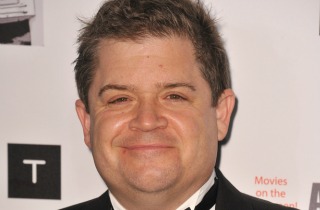 As we’ve detailed in this space before, comedian Patton Oswalt has a bit of a beef with Salon and some of the posts they’ve done on his “offensive” humor, and in a new interview today he bemoans how that kind of comedy policing does progressives no favors.

In talking with The Daily Beast, Oswalt said Salon has a keen ability to “point out somebody who is being willfully ignorant about a subject so they can appeal to a certain audience.” And it’s a shame to Oswalt because, he says, he likes reading some of what Salon has to offer, but now “they have become Fox News with all this look-y look-y shit.”

He explains why such comedy scolding is bad for progressives when humor can be used effectively to combat the other side:

Us liberals, comedy is our best weapon… I don’t want to sound like a supervillain, but I won’t fucking allow it. That is going to hurt the progressive movement in this country more than anything, is people suddenly going, we’re the scolders, we’re the shushers, we’re the ones offended by everything. Whereas one of the best weapons against conservatism is satire and offensiveness and bad taste—those were always our best weapons, and they’re fucking them up for everybody.

And beyond that, Oswalt just thinks a lot of people who write about comedy don’t have the perspective of a comedian to understand the nuances of delivery, irony, and everything else that makes an “offensive” topic funny to people.