Paul Ryan Spox: Trump Said Tweet About Judge Jeanine’s Show Had Nothing to Do with Him

Paul Ryan Spox: Trump Said Tweet About Judge Jeanine’s Show Had Nothing to Do with Him 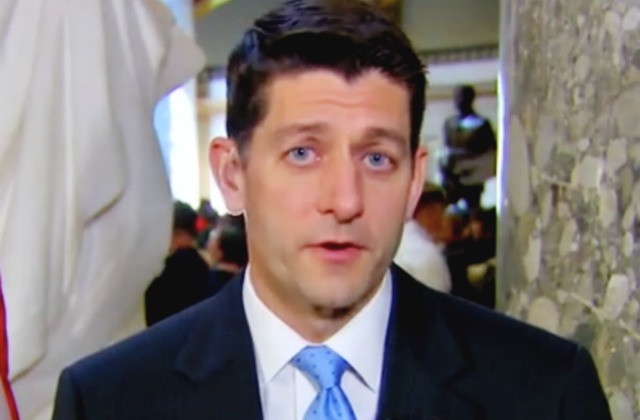 President Trump told his Twitter followers to watch Judge Jeanine Pirro‘s Fox News program last night, and the show began with Pirro calling on Speaker Paul Ryan to step down after the health care bill was pulled from the House floor.

But the big moment of her show was in the opening where she called for Ryan to step down, so people have been wondering if this really was about him.

Well, a spokesperson for Ryan sent a statement to multiple news outlets saying Trump and the Speaker talked today and the president relayed this message:

Ryan’s office says speaker and president spoke today and Trump made clear his tweet to watch a show that trashed Ryan was a coincidence.

Ryan spox re Judge Jeanine: “The two spoke again today and the president was clear his tweet had nothing to do with the speaker.”

NEW:Trump & Ryan spoke today. Ryan aides say:
“The president was clear his tweet had nothing to do with the speaker.

More NEW:Trump & Ryan spoke today “They are both eager to get back to work on the agenda.”–from Ryan aides