Peggy Noonan: ‘It’s Time To Admit The Romney Campaign Is An Incompetent One’

Peggy Noonan: ‘It’s Time To Admit The Romney Campaign Is An Incompetent One’ 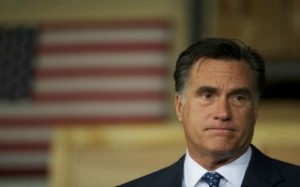 Peggy Noonan has been rather blunt in her assessment of Mitt Romney as of late, and it was no different when she took to the Wall Street Journal to pen her thoughts on the campaign’s recent woes (i.e., the “47 percent” video). The Romney campaign is “an incompetent one,” she said — and it’s time for an intervention.

RELATED: Peggy Noonan: Romney Has Not Been ‘Doing Himself Any Favors’ With Response To North African Attacks

Noonan began by offering Romney some advice: “He should look straight into the heart of darkness where lies a Republican defeat in a year the Republican presidential candidate almost couldn’t lose.” He should think about what it means for his political philosophy, conservatism, his party and himself. “And then he needs to snap out of it, and move.”

While many in the media have delved into the various problems the recently published video creates for Romney, Noonan pointed out another fact that shone through the comments: 47 percent is a high percentage of the electorate. “My goodness, that’s a lot of people who won’t vote for you,” she noted. “You wonder how he gets up in the morning.”

In a big, complicated nation, we, the people, are not simply “data points,” Noonan asserted — adding that we are complex, and thus, many factors determine our political affiliations. Romney, she said, should be “sophisticated” enough to understand that.”

Noonan’s piece is a lengthy one, consistent in its critical tone, but her central point boils down to this:

Republicans are going to have to right this thing. They have to stabilize it.

It’s time to admit the Romney campaign is an incompetent one. It’s not big, it’s not brave, it’s not thoughtfully tackling great issues. It’s always been too small for the moment. All the activists, party supporters and big donors should be pushing for change. People want to focus on who at the top is least constructive and most responsible. Fine, but Mitt Romney is no puppet: He chooses who to listen to. An intervention is in order. “Mitt, this isn’t working.”