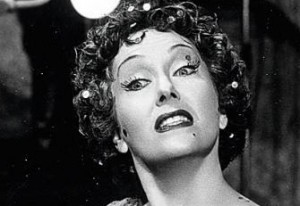 If the recent fiscal cliff/Susan Rice piñata party news doldrums have got you down, take a break with what has to be the first published example of a resignation letter from every future job. Former Romney campaign chief strategist Stuart Stevens has penned the most deluded piece of writing since Norma Desmond filled out an order for new headshots. In a hilarious op-ed for The Washington Post, Stevens explains, among other things, that “Nobody liked Romney except voters.”

I appreciate that Mitt Romney was never a favorite of D.C.’s green-room crowd or, frankly, of many politicians. That’s why, a year ago, so few of those people thought that he would win the Republican nomination. But that was indicative not of any failing of Romney’s but of how out of touch so many were in Washington and in the professional political class. Nobody liked Romney except voters. What began in a small field in New Hampshire grew into a national movement. It wasn’t our campaign, it was Romney. He bested the competition in debates, and though he was behind almost every candidate in the GOP primary at one time or the other, he won the nomination and came very close to winning the presidency.

Earth to Stu Stevens: Voters didn’t like him, either, and the “competition” he “bested” (through a combination of their own self-deportation from the race, and carpet-bombing negative ads) consisted of “Oops” Perry, “Vaccines make you retarded” Bachmann, “Ubeki-beki-stan-stan” Cain, and Moon Commander Gingrich.

It goes on like that, but my absolute favorite line from the piece is this:

He trounced Barack Obama in debate.

Yes, that was almost as cool as that season the New York Jets won game.

Other “accomplishments” that Stevens brags about (see if you can detect a pattern):

If that’s too subtle for you, here’s how Stevens lists some of President Obama’s accomplishments:

Yes, who would have ever thought that a Republican candidate for president could do so well with lots of old people, white people, and people with money, yet be a disaster with minorities, women, and the remaining white people? ’tis sorcery.

If you need a laugh, read the whole thing, and if you’re a Republican candidate, please, please hire this guy.