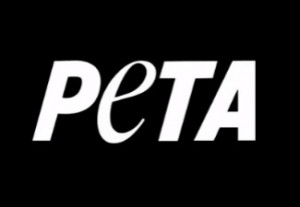 There is an ongoing water crisis in Detroit, with many people having their water turned off because they haven’t paid their bills for a number of different reasons. Well, now some struggling Detroiters are being offered a lifeline by none other than PETA. Yes, PETA has offered to help pay off some people’s water bills… if they sign a pledge to go vegan for a month.

Now, you might wonder why PETA is making money to people who don’t currently have running water conditional, but in a statement, the group frames the vegan argument utilizing water. It reads: “Vegan meals take far less of a toll on the Earth’s resources… It takes about 2,500 gallons of water to produce just a pound of meat but only about 155 gallons of water to produce a pound of wheat.”

And on its website, PETA provides a detailed explanation for what its aims are, exactly.

PETA will be able to pay off the water bills for 10 families who commit to going vegan for one month. We’ll also help them get started by giving each family a basket of healthy vegan foods and recipes…

The last thing that people who are struggling need is increased health-care costs. By accepting our offer to go vegan, not only will families be getting an immediate financial boost and helping animals, if they stick with it, they’ll also lower their risk of obesity, heart disease, cancer, diabetes, and strokes.

Meanwhile, there’s a new social media campaign called the Detroit Water Project that aims to connect donors directly to information provided by Detroit citizens without water. These donors can then help pay off water bills so that Detroiters can get the water flowing again.