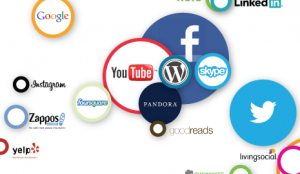 It’s generally accepted knowledge that people tend to base their media diet on their politics. But what about their internet habits? Well, the website Engage released a handy infographic yesterday mapping out the likely political positions of people who use services like Bing, Spotify, and, naturally, Angry Birds.

Engage used a service called Trendsetter that tracked the “likes” of thousands of Facebook users and cross-referenced that information with publicly-stated political views in order to map out which sides are overwhelmingly used by Democrats or Republicans. Of all the sites they examined, PayPal and eBay stand out as ones with an overwhelmingly Republican consumer base. Sites more likely to have a large number of liberal viewers include Reddit, Tumblr, and the webcomic site XKCD.

Here are some other interesting results from the data.

The only quibble I have with the infographic is that YouTube is somehow in the middle on the question of political engagement. Are YouTubers politically engaged? If you’ve ever read the comments, you wouldn’t even bother asking that question.